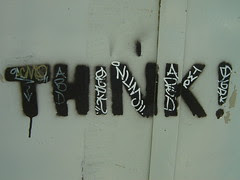 Canada 2007 011
Today I was asked by The Globe and Mail for a comment on lolcats. Lolcats and the new ‘cweeole’ language are an interesting internet phenomenon. Building on the image macro idea of juxtaposing a caption on an animal image, it re-cycles the anthropomorphic idea of talking animals which runs from traditional tales, through comic books, Disney cartoons and greetings cards. In other words it’s a popular culture form with some pedigree – remember the song ‘We are Siamese, if you please’? From a cultural point of view it’s interesting to chart the rise of the ‘cute’,now well-established in Japan as Kawaii (for example ‘Hello Kitty’), as it begins to claw deeper into Anglo-American popular culture. I’m interested in the way that lolcat chat is staking out some linguistic territory. To me it represents an interesting trend in the diversification of written language associated with the rise of digital literacy. Researchers, myself included, have noted how writing is beginning to take over some of the functions of speech. Cute-speak, like it or not, is part of our cultural heritage, often hidden from view. Rendering it in the written form is what’s new, and, what’s more, given the rapid circulation of ideas in net-culture, it’s not surprising that this miaow-meme seems to be taking on a life of its own. So cute cat chat may be creolising after all!
Posted by Guy Merchant at 5:59 PM

My back was turned for a moment ... well, a few months, and yougot all famous.

People tell me to shut up.

I think the idea that writing is beginning to take over some of the functions of speech is really interesting.

Well I must say it ended up rather differently. The journalist emailed me back saying they'd found a Canadian academic and prefer home grown!

The awriter.org/college-paper-org-review give different idea for essay writing. I am follow this blog for long time.