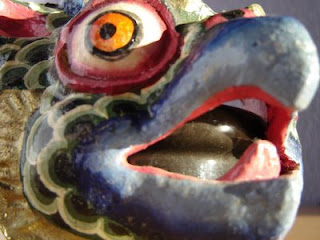 My blog-posting seems to have suffered with the rise of microblogging. Interesting because Twitter makes you do rather different things, as you are caught in the act of reflecting, engaged in trivia, or ending up in strange places (Robin Hood Airport in my case). So it is lightweight in several senses of the word. Portable, and often more ephemeral, the tweets are less polished and often (but not always) less weighty. This could be a good thing! At the same time the increased interactivity makes it rather more compulsive as you do a quick check to see who's doing what, who's replied to your quip and so on. I've also just discovered that there's a whole host of Twitter-related stuff around. Such as the endlessly diverting whosetweet, to twisten.fm amd of course everythingtwitter. Anyway, must dash off and tweet!
Posted by Guy Merchant at 1:19 AM