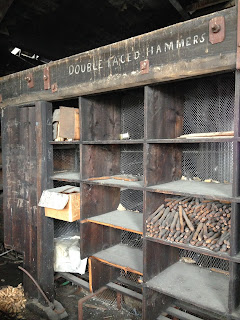 Last week the Guardian newspaper carried a well-researched piece on the possible effects of tablets on children's reading. Stuart Dredge's piece rehearses the different points of view with some balance and it certainly would make a useful discussion prompt for students. For me three issues come to the fore: 1. How we think about reading 2. What we think about the relationship between print and narrative 3. How we think about screen time. So first, if we think that reading involves some sort of universal, unchanging set of skills and behaviours that somehow float free from the people that use them - in other words from culture and society, the changing technologies of reading are going to come as a bit of a shock. We won't be able to cope with new skills, new attitudes or new ways of knowing, and we'll bemoan the demise of the old ones. We'll worry that under some conditions we'll learn more from YouTube than from a cookery book, for example. We'll worry that our reading has become superficial. And we'll worry about the advance of abbreviated conversational writing in text messaging or short-form expression on Twitter. But if we see reading as an evolving meaning making system that changes with social conditions, with culture, with technology, with and through the people that use it, then we'll see the emergence of new practices, often overlying old practices, with curiosity and an open mind. Sure, we may still see the demise of valued practices, but that, as they say, is the way of the world. Which brings me to the second issue. If we remain strongly invested in the virtues of print fiction, we'll worry about the popularity of movies, the advance of video games, and some of the directions taken by the book trade. Delightful as print narrative can be, it has achieved an almost unassailable position with some of our cultural elite. Humans love narrative. And you find narrative whereever you find people - in their oral stories, anecdotes, and epic poems, as well as in their play, their theatre, their movies and their games. Narrative has a very special magic and print books can have us spellbound, but for me the importance of narrative over-rides the specifics of a particular medium, and screens carry great narratives (as well as average ones). But can we have too much screen time? This is the worry underlying the final issue. Well, I must say I'm concerned by the way this term 'screen time' has slowly crept up on us. What exactly does it mean? Does it include the time I spend getting cash out of ATMs, reading information at travel hubs, watching scoreboards or electronic hoardings? And what about those flickering screens I walk past in town, the TVs on in the background? If screens were harmful, then most academics would be dead by now, because their usage must be as high as anybody's! If there's any suggestion of harm from the glare of those flickering screens then those high tech companies better get on to it now - after all they wouldn't want anything to dint their sales.
Posted by Guy Merchant at 6:51 AM

Children's are reading with the new technology support it is really a good thing many of the parents need to promote this, many of the students like to live and study with the advance technology. Please make a support of thesis writing service provider experts for writing.

I am so glad to be given a chance to read your wonderful article. I am looking forward to read more of your works and posts. You did a good job!

Kids' are perusing with the new innovation bolster it is truly something worth being thankful for a large number of the folks need to advance this, a hefty portion of the understudies like to live and study with the development innovation. And if anyone who want to hire myassignmentservice.com online please visit our website.

The three important issues that you have mentioned in the article is too important and those points are valid in this discussion. It is better to know the different angle of views about children reading on tablets. If anyone need more intelligent thoughts, go through essay writing service