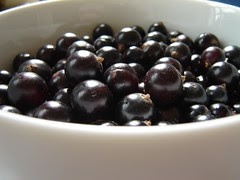 berries#3
‘Masters of Media’(?) reports on the New Network Theory conference at the University of Amsterdam. Most of this seems about trying to define networks as models, metaphors or theories of social interaction in an age of new media. I liked the Noshir Contractor piece because it avoided the trap of oversimplification. Certainly different networks serve different purposes – but it’s my experience that most online networks overlap with offline networks. That’s what Wellman was saying several years back, and I don’t see a radical shift from that position. OK, so some of my interactions on discussion boards through email, on blogs and in Flickr are with people I haven’t met face-to-face, but they’re a small minority. Most of my interactions are with people who know me in meatspace.
Guy Merchant at 10:37 AM
Share