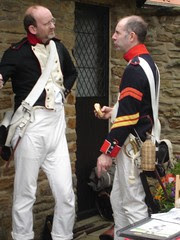 I’ve always thought of Childnet as a rather conservative organisation, and one that is pre-occupied with internet safety, but as this article shows its latest report argues that the popularity of social networking websites should be exploited by teachers to develop children's ability to communicate and improve their technological skills. That’s an encouraging message (see the full report here). Ofcom, the UK’s independent regulator for the communications industry, also has an interesting report out on social networking, but this is more of an attempt to chart current patterns of use, but following their line on media literacy we would predict that they might encourage an approach that helps learners to access, understand and create in these environments.
Guy Merchant at 12:44 PM
Share