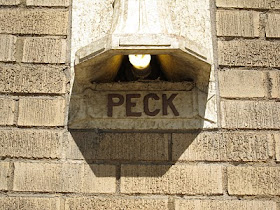 Yesterday was the fifth in the ESRC Seminar series 'Children's and young people's digital literacies in virtual online spaces ' and brought the focus onto classroom innovation. It was a fascinating combination with Angela Colvert on ARGs in school, Steve Thompson on children producing internet radio (using Audacity in Wordpress), Martin Waller on ClassroomTweets and other interesting things and Britt Pollmuller on animation and Machinima (she's using Fraps and Second Life). Here's more detail on the programme. Uniting themes for me were the emphasis on playful and creative meaning-making across a number of virtual/actual and digital/traditional textual spaces. So, although I never liked that whole bandwagon of 'blended learning', the presentations actually showed us different sorts of blending - or a weaving together of semiotic systems to create what Margaret Mackey has described as slippery texts. All told a very stimulating day as one of the participants observed.
Guy Merchant at 2:30 AM
Share