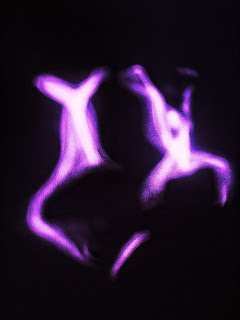 Recent interest in affect has come from a number of different directions. Sedgwick’s appropriation of Tomkins’ psychological perspective has been particularly influential, whereas Brian Massumi develops ideas that are rooted in the philosophy of Deleuze and Guattari. In The Politics of Affect Massumi emphasises the emergent and relational nature of affect. Affect he argues is pre-personal and happens as bodies come into contact. It is interesting then, in relation to this, that some cognitive scientists are now interested in things like gut reactions, intuitions and so on. Things, you might say, that we know, but that we don't know we know. Studies of interoperception are beginning to get some empirical purchase on the mechanisms that are at play in diverse arenas - in what successful gamblers, traders and negotiators do. It also seems that our bodies are able to mirror others when we establish empathy - it's not simply a conscious adaptation, although that happens, too, but what a body can do as the pupils contract or the heart rate shifts. So as social scientists have been suggesting for a while these things happen beneath, beyond or before rationalisation or representation. The challenge, then, is how to account for things that don't yet have words but seem to be an important part of inter/intra-actions, and of making things happen. Seventeenth century European philosophy explored this territory with both Descartes and Spinoza, despite there very different orientations, sharing the view that affects, feelings and concepts could all be classed as ideas. The notion that rationality, in the form of worded conceptualisations, align with individual, social and cultural progress has carried forward into contemporary times. But perhaps that implied hierarchy can't be sustained. Not that we should necessarily begin to privilege gut feelings, intuitions and all the rest, but perhaps we should begin to acknowledge that they play an equal and important part in daily life..
Posted by Guy Merchant at 6:36 AM No comments: 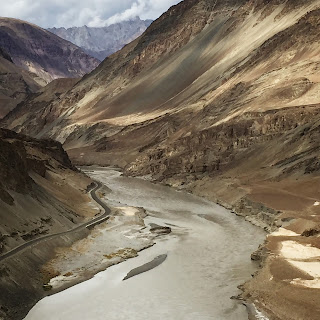 Whether it's about water rights, fishing rights, territorial boundaries or navigation there's no doubting the fact that rivers often have a political life, or at least that they are dragged into the political wranglings of humans. As we lurch into the anthropocene, or whatever word we use to describe the now established planetary dominion of humans and its associated environmental devastation, we might hope for new ways of looking at rivers. Looking after rivers might be a start. The academic trend of querying the nature/culture binary has invited in all sorts of new and creative ways of thinking, and I anticipate that the Whanganui River may well feature in conference papers and the like now that it (if that's the correct pronoun) has achieved the same 'legal rights as human being'. This follows a successful Maori court action that claimed the river as an ancestor. Will it catch on? I know there are similarly strong companion feelings among the indigenous populations of the Amazon - but what does it really mean this river-become-human thing? How will it enact its now human-like rights, duties and liabilities without the intervention of its human guardians? What if all rivers decide (?) to become human? And is it just one-way traffic? Perhaps the move is part of a much wider set of trends in how we think about the world after we've named it. Gone are the days of explorers who traversed the globe in pursuit of new ones to name. Those efforts have now turned to space exploration. Yet some ancient rivers are still associated with the divine, and some, like the Whanganui, are intimately entwined with people's sense of who they are. Dragging the river into court seems a bit like recruiting it into the human realm, to grant it rights seems anthropcentric, yet at the same time what the elders say seems to be raising its status, acknowledging the importance of rivers in their own right which is surely a good thing.
Posted by Guy Merchant at 6:50 AM No comments: 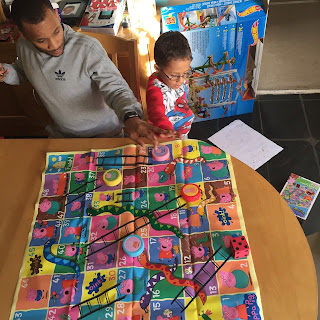 Last year in a keynote at the Sheffield CSL conference I used a short vignette from what now seems to be becoming a series of sketches of digital literacies in the wild. Here it in list form: reading from a tablet whilst making notes on an A4 pad with green and black pens, reading a novel on a Kindle, balanced on a handbag, working on a spreadsheet on a chunky black laptop, displaying an e-ticket to the inspector on a smartphone, looking at Derbyshire whilst listening to music through headphones, reading a paperback, working with music software (wearing Dr Dre headphones). I used the vignette to pose the question of what was present and what was absent from this account of a train journey, as well as to make a more general point about the ubiquity of mobile uses of technology. As usual I didn’t offer specific answers, but one dimension I had in mind was that of point of view. The list assumes a slightly disconnected non-participant observer. But in actual fact (fact?) I was very much part of this in-train, ongoing event. Perhaps I emerged out of it, furtively, excitedly making notes on my smartphone? The railway carriage could be a particular kind of container, maybe a stage would be better description, for a peculiarly 21st Century dispositif. But also, looking down, the same goes for the laptop spreadsheet, a literacy tool so quotidian, so annoying (at least in my experience) that it can easily be overlooked. Is anyone studying spreadsheet literacies? They should. It seems to me that speadsheets so often enact the powers of surveillance and self-surveillance. They tell you what counts, and their archane formulae work it all out. They are tools of performativity. Literacy and power reworked for the modern times. Some historians argue that literacy has its origins in accounting for trade and transaction. The written record is enduring proof after all. Phoenician capitalists are the example that gets cited, but secretly I hope that we could trace a more fundamentally expressive history of literacy, back perhaps to petroglyphs. Its perhaps interesting, perhaps challenging to think that with the rise of writing associated with digital literacy, social media and all the rest, the power of aggregation, big data, monetisation is never far away. Are we all on one big spreadsheet? Would Borges wish to rethink his map as big as the territory story for our time?

Posted by Guy Merchant at 2:14 AM No comments: