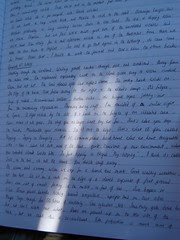 We’re hearing much more about Facebook in the UK now. When I first came across it, it was something for American college students, as this article recalls. Now it’s the cool place to be, and alongside this, the commercial interests in social networking are becoming more apparent. The bullet points at the end of the news article are interesting – in summary Facebook is described as a social experiment; it’s described as having ‘viral power’; that it ‘taps into innate real life traits - curiosity, sociability and sharing’; and promises to save you time but ends up eating it.

Style month has arrived at a nearby, keeping in mind we had a considerable measure of fun out there in the city, the genuine purpose of the greater part of this, obviously, is to anticipate next season. Observing each and every runway show from the greater part of the urban communities has taught us a considerable measure, so here, we gathered together this extremely thorough pattern manual for all that you will be seeing, shopping, and wearing in the months to come.
ref : thesis writing service