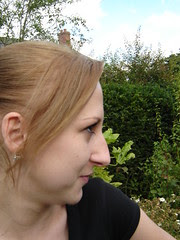 Twenty two and three six four days
We’ve had a bumper crop of good SATs stories this year, starting off with this one about a student picking up marks for using swear words (appropriately) in a paper. Then that was followed by ETS Europe’s failure to do the marking on time. But of course it wasn’t the government’s fault, they just responded by cancelling the £156 million contract or at least asking for some of the money back. Surely the larger question is how the profession and the British public allow the government to get away with it. £156 million on marking something we never wanted, and most kids find mind-bogglingly boring.
Posted by Guy Merchant at 1:19 PM