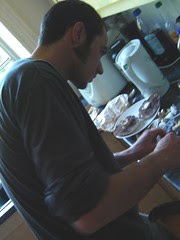 A number of us working to understand how social participation in Web 2.0 spaces actually works have tried to apply Wenger's concept of communities of practice. Sometimes this approach has been contrasted with Gee's notion of affinity spaces. Neither quite work well enough. So I've been moving away from both ideas, preferring instead the idea of participation and networking around social objects. But I was interested to note that Wenger has been working on a project (and a book of that project) which takes community as the starting point and then, rather like Wellman, begins to explore how digital communication extends or expands that sense of community. You can get an overview in the Digital Habitats project blog, and following the inks allows you to download some of the material for a closer reading.
Posted by Guy Merchant at 1:43 PM