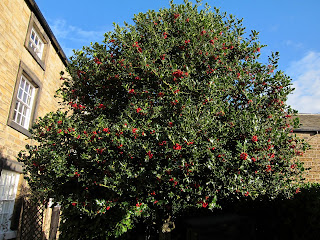 I'm getting rather cynical about Wordle - what does it actually do? A glorified word count, that’s all. It doesn't really produce a tag cloud based on a folksonomy, or an aggregate of our interpretations. It scans the document and produces something that looks like a tag cloud, treating words as data rather than words as ideas. However, I did like this post on visualizing tools as an accompaniment to reading (thank you, Ian). I also came across this piece on tagging, which is really informative. Cathy Marshall investigates the up and downside of tagging in Flickr, a subject that I’ve written about (but not in such an analytical way). Her argument implies that we could be better taggers (maybe?). It would be interesting to get students to tag learning objects, such as the paper Ian refers to, after a close reading, maybe using a better tool to build a folksonomy within a more focused affinity space. Maybe that could be achieved by ‘negotiated tagging’ in a learning space like pbworks?
Posted by Guy Merchant at 10:38 AM