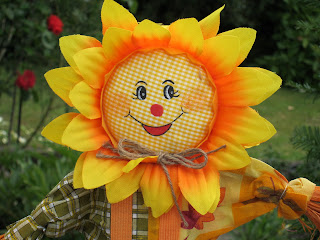 I did the final plenary for the CSNL Summer Conference yesterday so I thought I'd show a fuller version of that here today. I was struck, after over ten years of work, how the new literacies remain hard to describe - a bit like the exotic lands visited by old-school ethnographers. In 1957, Raymond Firth wrote of one such trip saying 'I wondered how such turbulent human material could ever be induced to submit to scientific study.' It sometimes seems that we are dealing with equally turbulent material, albeit much closer to home. And so there is an almost restless searching for descriptive and analytical frameworks through which we might make sense of new practices (if indeed they are new). Media studies, new literacy studies and multimodality have all informed our work and there is a call for still wider interdisciplinarity. In the CSNL conference we heard more of the geosemiotic turn in literacy studies. Scollon & Scollon's (2003) notion of discources in place was evoked on a number of occasions, most notably by Karen Wohlwend who used this and the earlier nexus analysis to explore representations of children and technology. She illustrated how discourses of childhood circulated on YouTube and how these were renewed or revived through processes of participation. Participation subsequently became a major theme in the conference. The Jenkins White Paper was much cited, but with rather scant reference to 2 key issues that are often missed. One is the issue of the participation gap and the other is the idea of critical media literacy which is often referred to but seldom fleshed out. (For a critique of the concept of 'participation', this may help). Another weighty concept that was frequently evoked was that of identity. Jennifer Rowsell drew our attention to the producers in TV, game design, and on the web - those who are often hidden from view or erased by our romanticised views of participation and user-generated content. Producers are important if we believe that particlular identity positions are made available through the meaning-making resources that children and young people use. (Perhaps there is some kind of notion of identity affordances here - possibilities for certain kinds of performance.) We also learnt about multimodality as a counternarrative, a way of destabilising taken-for granted notions of curriculum and pedagogy and again, and perhaps in a similar way, how the relationship between formal and non-formal practices raises new questions for educators. Scott Bulfin argued that we needed to move beyond the simple recognition of new and complex meaning-making practices and suggested that it might also be fruitful to look at what happens inside schools but outside classrooms. This had a number of resonances with Julia Bishop's excellent presentation on children's playground rhymes in which she illustrated a different kind of complex-meaning making - in texts which are inhabited and embodied in interstitial spaces in children's free time. That brought me full circle to a consideration of analytical models, since the use of space, the identity affordances and the challenge of describing texts that are chanted to subtle rhythmic patterns and simultaneously enacted corporeally and gesturally have a number of similarities with what we see on YouTube, in virtual worlds and in other digital texts.
Posted by Guy Merchant at 8:07 AM