Of maps and brains 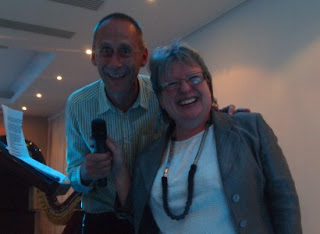 Sometimes when you're on a journey you glance at the map to see exactly where you are, and at that point become suddenly aware of how far you've travelled. Sometimes, too, you can see the exact point at which a particular choice - a fork in the road, for example - took you in a particular direction and into a distinctive kind of landscape. I had the impulse to check the map at this year's UKLA conference in Chester, when I was listening to Usha Goswami. Her explanations of neuropsychology and what it tells us about early reading were lucidly presented, but they seem to be located in another territory. It is a territory in which 'the brain' is a central feature and in which stories of how the brain works and how it develops are told. Checking my metaphorical map, I find I'm accustomed to a completely different set of landmarks, in a very different country. It's a far more densely populated place - one in which meanings are negotiated and exchanged, in which stuff is used in all sorts of ways, and one in which irregular and complex shapes form and re-form as practices evolve. I can't find the fork in the path, though. But I suppose my interest in language variation, in the stories we write and tell and in the impact of the digital on these things all presuppose a sociocultural orientation. I am in different territory and I'm glad I am, but I'm also pleased to know that some people are interested in brains. The map would be inadequate without their work.
Posted by Guy Merchant at 9:58 AM