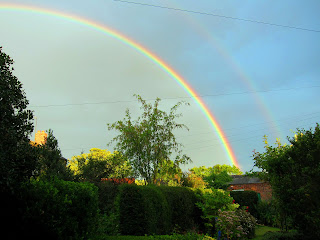 Now that the Guardian is available on Kindle it seems as if some sort of order has been restored. I don't have to read the Independent any more, and I can save time on pointless debates with friends. We will have the same opinions, unless, of course, the Guardian suggests that there is some sort of discussion to be had. But seriously, a Kindle newspaper is a curious thing. It has all the advantages of portability. Thanks to 3G I avoided all the faff of finding an English language paper when I was on holiday in Spain. It was just delivered digitally, on time, at no extra expense. But there's the catch, you pay for the convenience - something you don't do with the Guardian online. What's more what you read on the Kindle is a slightly reduced print version. Reduced in the sense that it's rather like reading a 1950s edition with its low image, black and white visual content. All the online advantages - the add-ons, video footage, hyperlinks, comments and so on are absent. In some senses Kindle reading can have a rather retro feel to it. Of course you can still go to the Guardian online on the Kindle, but because of screen size and navigation that's a clumsy and frustrating experience. But so what? Well doesn't this all suggest that the mobile internet, the pot of gold at the end of the rainbow, is, despite its considerable promise and potential, a huge disappointment. Mobility costs, it's carefully packaged by the new media industry and end-users are endlessy locked in and locked out of different services. Maybe this is the beginning of the end of the free internet. OK it's never really been free, but in comparative terms it is essentially unbounded. It may be too early to say, but with all the convenience and capital that mobile devices give us, might they also divide us in much stronger ways than digital technologies have done to date?