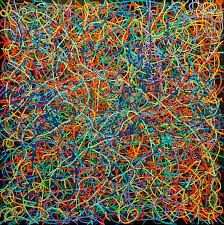 Social networking sites and the ways in which they are folded into the socio-technical arrangements that frame the everyday lives of an ever-growing population are situated at the confluence of new forms of social organisation and a cultural imaginary that now extends beyond the limits of nation states and jurisdictions. Although to a large extent this is attributable to the adoption and reach of technologies it is also the product of a desire for new or enhanced practices of communication and connection, in its turn dependent upon the spread of a particular ideology of connectivity in the guise of an aspiration to be always present in the lives of others, and to be continually producing a sense of identity through a sort of restless activity of consumption and self-publication. It might almost seem that to be in the 21st century, is to perform a continually present and continuously updated social identity dependent upon making visible one's connections with others (boyd & Ellison, 2000). Take Instagram as a case in point. Here the image-trail that we leave is addressed to the other, is validated by family and friends, and is wittingly enacted on a canvas that is patently larger than the connections themselves, always cognisant of the wider network in which it is located. In this sense those who participate are repeatedly improvising and embellishing the @ reference point that they inhabit, that blue dot on the virtual map, always in relation to other @s and from time to time in relation to #things, #places, and #events. This may be the brave new world that we have created, but in itself it does not give us a full enough picture of contemporary social networks, because these are inherently promiscuous and perhaps best conceived as an assemblage of activity, a restless updating of lived experience, attitude and belief in textual threads that meander across multiple sites, and platforms both on- and off-line.
Posted by Guy Merchant at 1:18 AM