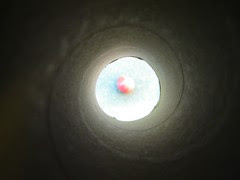 my planet
The latest Ofcom report points up some changes in the ways in which we’re using media in the UK. It charts the increasing trend towards convergence and portability. As a nation, we’re spending less time on TV, landlines and radio, and more time online and on mobile phones. We’re told that calls made from mobiles now account for more than a third of all time spent on the phone. The report also states that 9% of UK households rely solely on a mobile, compared to 7% that only have a traditional landline phone. There’s also a slight decline in younger people’s use of console and video games which is interesting. The increase in ‘surfing the net’ doesn’t really tell us much – it would be good to know about the uptake of social networking, for instance.
Posted by Guy Merchant at 12:18 PM