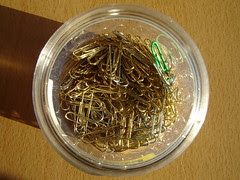 old technology
Applying the principle of social networking to professional learning could well be the shape of future CPD. Imagine being able to keep in touch with friends you’ve taught or trained with, and other like minded people, sharing ideas, resources and teaching plans. That’s the idea behind Englishspace, the place where Facebook meets the staffroom. David Hargreaves has spelt out the idea of teachers as hackers involved in ad hoc innovation networks here – Englishspace could help move this forward. Of course like any social networking site, the success of Englishspace will depend on the commitment of its users…and maybe Facebook’s a poor comparison. I say that after reading Tom Hodgkinson searing criticism of Facebook..
Posted by Guy Merchant at 11:33 AM