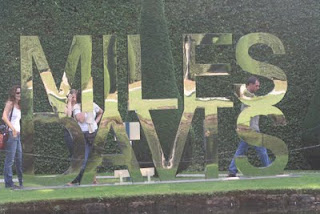 I don’t know why but I seem to be writing curriculum materials again (Code MD is a theme). So I thought I’d look for some official support for using multimodal texts and video extracts in the primary classroom. Despite all the optimism about curriculum reform I was surprised how little there is out there. OK, so the National Strategies which have been the heavy handed steer on literacy teaching will be disbanded in September 2011 and the new curriculum area ‘English Communication and Languages’ sounds promising, but the draft subject descriptions don’t look that different. QCDA consultations on subjects claim that multimodality has been introduced, but it’s just tweaking, and apart from ‘searching using various sources’ what has been simply titled English is mostly about print and handwriting. Meanwhile, back in the present, the National Strategy has an uncredited and unbranded paper on Multimodal ICT Digital Texts. Not particularly inspiring. I found myself doing a cut and paste on the principle concerns. Here goes: 1.Digital technology and ICT texts will not replace traditional literacy. 2. Books will remain as central to the reading experience 3. Pen and paper will not disappear. 4. Keyboarding and touch typing will need to be balanced with the development of fluent handwriting. 5. There will also be occasions where more traditional forms of literacy are better suited to the job in hand.6. [children] need to be helped to make discriminating judgements about when and how to draw on digital or more traditional forms of texts for communication and understanding. It’s a document of concerns rather than ambitions. I hope the new primary curriculum can be more inventive. Early indications are less than inspiring.
Posted by Guy Merchant at 12:27 PM