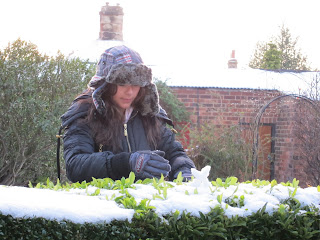 Tina Peterson’s piece The Zapper and the Zapped , which is a study of the role of the microwave oven in everyday life really is a thought-provoking contribution to the Vannini book. It’s a perfect example of making the familiar strange. I suppose I consider myself to be fairly reflective, particularly when it comes to technology, but I must say I’ve never given the microwave much thought. Maybe that’s because I’m an avoider: Peterson has three categories, mad scientist, reluctant habitual and avoider. But actually I’m not an avoider for any of the reasons she gives, such as health scare/moral panic or food snobbery, but because I never really got the hang of it. Apart from the intellectual analysis that Peterson applies, I learnt that heating up drinks and doing popcorn are the real culinary niches that consumers have identified. No mention then of porridge, scrambled eggs or rice all of which work well. But I thought Peterson’s typology could be generalisable beyond the kitchen. Take computers, for example. You could be a playful enthusiast (mad scientist/techie); a reluctant habitual, after all there are a lot of them around; or an avoider (in which case you won’t be reading this). I think if I was granted another academic career, I’d be into material culture. After all they get all the best topics! As it is I have my own little world. For instance, there’s this on participation and new literacies, and I think it just counts as Merchant (2009). Now, where’s that zapper?
Posted by Guy Merchant at 2:17 AM