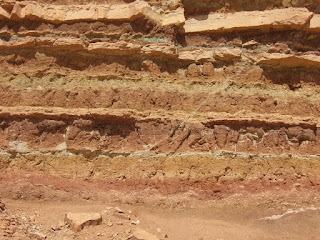 I'm drawn to looking at the cross-cutting layers of our literacy practices and what these look like in an era of digital communication. Thursday provided some rich material for this, so I'll give a chronological account. First, though, I must explain that I'm working with Julia Gillen from Lancaster on a number of joint projects including a paper on Twitter, an edited book on virtual literacies and a development project funded by JISC. So, back to Thursday. Soon after getting up, I checked my email to see if I'd received an invoice from Julia. I couldn't find anything, but I did note a couple of other messages from her on other matters. About an hour later she was scheduled to take part in a meeting via Skype. In the few minutes before the meeting started, I was able to check up on some details with her in an informal way. The meeting began. Julia was passed round the room in tablet form, on my iPad. Five of us were sat round the table, Julia was a couple of hundred miles away in her office. We looked at the same project wiki. In the room the wiki was projected onto the whiteboard; Julia watched it on her office PC. Throughout the meeting those in the room talked in fuller, more explicit utterances than normal, and at a slightly higher volume, conscious perhaps of performing to the absent presence of Julia. When she spoke we all leaned in and nodded attentively. Anyway, later in the afternoon, I was back on email, and began to attend to other business. This included checking some documents that Julia had left on Dropbox. When I was eventually done, I emailed her with comments, and then wrote a cheque for her (associated with a completely different matter). I put the cheque in an envelope with her work address on it, ready to take to the postbox. Before doing this, I emailed her, listing all these varied strands of communication as a bit of a joke.......end of story. So what interests me here is the way in which all these strands overlap, whilst at the same time each having quite distinct trajectories defined by processes and projects that take place in different communicative spaces along quite varied timescales. Perhaps there is nothing new here, apart from an amplification of complexity, a density, and a pace that would have been impossible to achieve in a previous era.
Posted by Guy Merchant at 11:07 AM

I'm curious... and this is just a non-judgemental observationI. I find it particularly quaint that while you have all this digital interaction with Julia you sent her a cheque instead of directly transferring funds to her bank account.

I know, how strange that is. But yet it seems to me that the new always rests alongside the old - it rarely replaces it, at least not in one fell swoop. Besides that I'm at my most conservative when it comes to money!