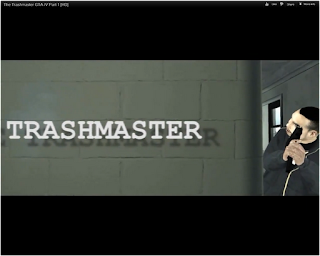 I'm putting the final touches to my paper on the The Trashmaster machinima, and its been fun returning to this. There's a delicate balancing act between writing about The Trashmaster and referring to GTA IV. I had to underline the moral panic surrounding the latter and in researching this found the following - in a recent case it was suggested that a 19 year old convicted of a number of attacks on women ‘may have been influenced by the virtual reality game’. The Sun newspaper reports how ‘A copy of Grand Theft Auto was found at his home by police’. Just take a look at the report (spare a few minutes to stare at The Sun) and you'll see how the report is interspersed with a number of images from GTA game series as if to highlight the media effects, rather than the actual suffering and the complexities involved.
Posted by Guy Merchant at 2:30 AM