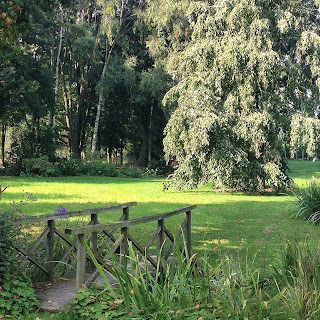 In a current writing project we've been exploring Bennet's notion of enchantment - eloquently developed in her book The Enchantment of Modern Life (2001). Bennet has become a bit of an academic superstar, and most people seem to rave about Vibrant Matter which apart having a cover design to die for is, in my humble opinion, not nearly so good. Although the argument about a politic of enchantment is hard to sustain, it can work. In an educational context, I think we may have resolved it adequately if somewhat simply. Here I'll just put it in a sort of aphorism - better to be enchanted by the inventiveness of children than fall under the spell of a stultifying curriculum. It all stems from a simple question. How can we, as educators work with teachers who are labouring under the dead hand of a one-size-fits-all lockstep curriculum driven by a draconian regime of accountability? To me it seems that most teachers are attracted to the profession because they are interested and inspired by children, by watching them play and learn, and being with them and not by measuring their progress against arbitrary measures. If we can re-orientate towards some basic professional values, or become re-enchanted by the actions and activity of young children we unlock what Bennet would call 'virtual possibilities'.
Posted by Guy Merchant at 2:13 AM

some teacher enjoyed tearing the guts out their children!)) That us why I have a vivid memory of the school!

You can make your own particular daily paper. Understudies can be correspondents looking into and composing daily paper articles. Subjects for articles can incorporate intriguing things that have happened in the classroom or school occasions that happened in your town family turning points did somebody have a birthday as of late or win a recompense, a games competition compelling climate or a fascinating nearby individual. pay to write an essay Before you start read and dissect some daily paper articles to perceive how proficient correspondents compose. some educator delighted in removing the guts their kids that us why I have a striking memory of the school.