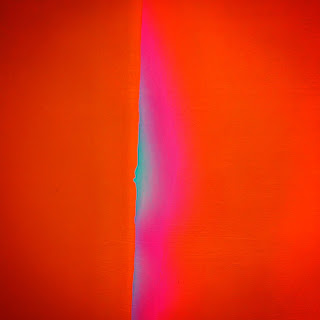 Sometimes its the smallest of comments that can stop you in your tracks. Like yesterday - the doctoral students were talking about reading in the car, and I don't mean reading in the passenger seat but reading while driving. Now that might sound downright dangerous until you realise that they were talking about using apps on their phones that would read documents out loud over a bluetooth connection. It would come as no surprise at all to the non-sighted, but you don't actually have to look at words to read them. It's hardly new, but I could feel some old-school habits of mind kicking in and saying, well that's not proper reading, is it? But it is. So I suppose you could try to marshall all sorts of arguments about concentrating, re-reading, underlining, note-taking, but I don't really think any of them are robust enough. You can read high-level, dense, complex research texts whilst driving (not that I've tried). That whole realisation chimed in with the memory of a time a couple of years back when a teacher showed me some very sophisticated writing by a seven year-old. What was really interesting about that piece of writing is that it had been entirely mediated by speech recognition software on an iPad. Writing, without the act of writing - from a traditional point of view, at least. Now I've never been particularly impressed by the tipping point idea, not just because it was over-hyped but more because it seemed so obvious. But it works well here. Small, incremental changes to audio-book technology and speech recognition software combine with access to powerful portable devices to make reading and writing something different. Something that sidesteps alphabetic encoding and decoding. Returning then to these doctoral students, it is at least theoretically possible that one could do all the background reading just by listening and then write a whole thesis just by speaking it. Maybe someone's already done it. The provocative work that this reflection does is to gnaw away at what literacy actually is and to prompt us to think about the function of those hallowed practices often described as study skills.