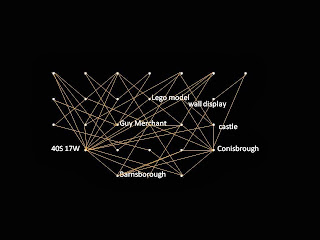 Massumi makes a useful contribution to the problem with affect when he says:' There seems to be a growing feeling within media, literary and art theory that affect is central to an understanding of our information- and image-based late capitalist culture, in which so-called master narratives are perceived to have foundered....belief has waned for many but not affect. If anything,our condition is characterized by a surfeit of it. The problem is that there is no cultural-theoretical vocabulary specific to affect. Our entire vocabulary has derived from theories of signification...' (Parables for the Virtual, 2002:27). Good point, well made. Still confusing affect with emotion? I found that this helped to unscramble the two (and 'feeling' at the same time). 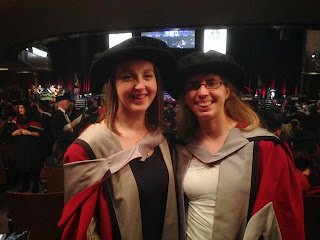 The relationship between academic and everyday life is a fascinating area, best typified I guess by blurred boundaries. Yesterday, for example, we were celebrating two 'new doctorates' - or perhaps I should say two people whose lives had, in different ways, been entangled with doctoral study. In the course of this celebration I got talking to a researcher who I haven't had much previous contact with, and through our conversation I learned that she was a parent of two teenage boys. Perhaps inevitably the conversation turned on literacy. What she said in a few minutes seemed to me to sum up, perhaps even to validate, what I've been writing about over the last ten years or so. It was, if you like, an everyday validation of my research pre-occupations. Perhaps it's easiest just to list the themes that came up in her observations, grounded, as they were, in her everyday life as a parent. Of course, inevitably, this is my summary:
1. Teenagers are reading as much, if not more than they have in previous generations.
2. Very little of the material they read is in print books.
3. They make good use of a very wide range of online sources.
4. Their level of informal learning, understanding and knowledge is impressive.
5. They find (perhaps as a consequence) that what's on offer in schools is uninspiring.
6. They are developing social skills, literacy and learning through online gaming and social networking.
7. Parental concerns about regulating the frequency and duration of screen-time and the suitability of online content are persistent and under continual review and renegotiation. 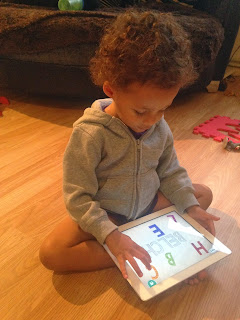 At the moment I'm writing about textual toys and the commodification of early literacy. I've noted before how a wide range of games and activity centres designed for young babies now have digital components - as do baby walkers, play mats and plush toys. Embedded in these toys are digitally-reproduced nursery rhymes, counting games and alphabet songs providing ‘edutainment’ for infants and toddlers. Although toys and toy manufacturers have always played an important part in early childhood, their role in young children’s learning is ill-defined,and under-theorised. This is especially true for early literacy in which everything from alphabet building blocks and jigsaw puzzles to  educational tablets like,the LeapPad, carries an implicit message about what literacy is, how it develops, and what roles adults, care-givers and children themselves should adopt. What is more, these implied roles blend in with current conceptions of parenting, defined by ‘social investment’ initiatives that reach into the relationship between children and adults to underscore the significance of what is done with as well as what is provided for the very young. Scollon's idea of a nexus of practice is proving to be a useful way of articulating the confluence of play practices involving literacy that are singular and situated, whilst at the same time acknowledging that play objects themselves are part of a political economy located in a global mediascape. 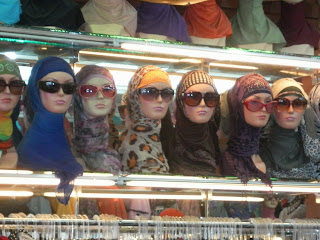 It has been argued that the aesthetic is a distinctive ‘way of knowing’ that integrates the cognitive and the affective. In school systems, cultivating this way of knowing has traditionally been the province of literature study. As a result literary fiction has occupied a central position in the liberal arts curriculum but, until recently, less attention has been given to newer forms of narrative. Students participation in digital culture brings challenges in description since their responses often involve them ‘playing the text’, producing meaning through both text and embodied action in ways that draw on narratives and themes in other forms and on other platforms, constituting part of the wider mediascape . But this is suggestive of the need for a literacy curriculum that can: help students to articulate transmedia connections; foster understandings of how texts draw on the affordances of different modes; provide a metalanguage that is helpful in the appreciation of how texts work and how texts and related materials position readers, players and consumers - not one that makes the study of narrative an option. 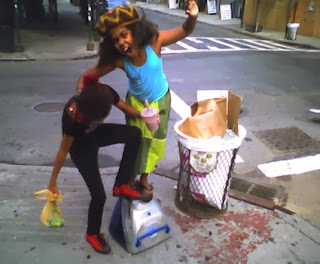 New technology means different things in different places as we can see in the variety of ways in which hardware and software are taken up and integrated into existing and emerging social practices. Mastin Prinsloo's concept of 'placed resources', and the way in which he uses this in documenting practices in South Africa is particularly useful in this respect. I'm also interested in how the resources themselves are adapted and this is illustrated in Glenn Auld's work with the Kunibidji community in Maningrida in Australia's Northern Territory. Central to this work is the adaptation of old-style iMacs so that they can be operated as touchscreens, and this is described in non-technical detail here. It's a fascinating account, strengthen by the description of how the adaptation supported literacy practices that were embedded in the everyday social practices of the Kunibidji. This sort of approach could be a template for the next wave of iPad developments.