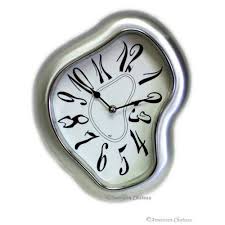 Out of all the fascinating studies that we've published in the Journal of Early Childhood Literacy there's one that holds a special place for me, and I return to it with regularity. We published it in 2002 and it's a case study of two London children who share the same birthday and attended the same school, but are different in significant ways, ways that are likely to have influenced their educational chances (they must be adults by now, hence the past tense). In essence, Liz Brooker's study is a careful analysis of cultural capital. Not the cultural capital that Ofsted have recently defined as 'the essential knowledge that children need to prepare them for future success', but those cultural resources that Bourdieu suggested pattern social inequality. That aside, it is the eloquence with which Liz explains the enduring power of ethnographic research that repeatedly draws me back. She talks about how the detail of descriptive studies sticks with us. And surely that is true. She doesn't go as far as to say that 'the stories we tell' count, but that's what I take from it. In my first university job I leant that the biggest put-down of a colleague's work was to call it journalism. Journalism was a code word for description, and using it was a way of discrediting anything that strayed too far along the qualitative route. In a department then dominated by psychologists it warned against the excesses of storying your research. Of course, there's a clear line between the rigorous collection of data that supports Liz's work and something that is cherry-picked, biased or over-sensationalised - as in bad, misleading or lazy journalism. But telling different stories is as important now as it always was. And that goes for journalism and research.  Crossing the line into fiction - perhaps this is different line altogether, continues to intrigue me. What William Gass describes as 'a sudden slip over the rim of reality' not only evokes a sort of unmooring, but also holds the potential to speak back to the mundane in powerful ways. Isn't that what good stories always do? And that leads me on to wonder whether story could be a research method, too?