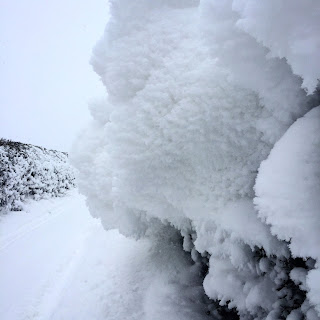 Sometime in the mid '60s my father discovered drip-dry shirts. They were one of the many products of the modern world; a world in which science and technology seemed to know no bounds. They released my mother, at least temporarily, from the chore of ironing, because that's how the domestic economy was for them back then. The shirts were hung, rather unceremoniously, over the bath to drip and dry, and that could take rather a long time in the days before central heating. But they were something different, and they were, my father explained, man-made (not that other shirts weren't), and  they were artificial, they were synthetic. And therein lay their downfall. They were still a little creased after drying and what's more they didn't perform particularly well when it, or should I say he, heated up, which happened on regular occasions. Soon he'd had enough of what he called 'that synthetic rubbish', and as a result, synthetic, the very word, became associated in my impressionable mind with the artificial, or the inauthentic - something rather inferior that imitated the real thing but clearly wasn't. So now, when I see that word synthetic associated with reading teaching, I can't help but think that the obsession with phonics-above-all, and particularly phonics taught in a very specific way kind of way, is just that - an artificial product. To cling to that particular dogma, because I'm afraid that's what it is, seems rather like exhuming those shirts from the '60s, hanging them up to dry without central heating and somehow conning yourself into thinking that they perform better than any others. They don't.

The future of handwriting 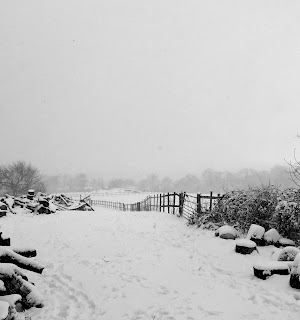 It's perhaps unsurprising that in a discipline so firmly anchored to immediate and practical concerns, educational debate finds it difficult to float free of historical preoccupations. In fact, since the demise of educational philosophy - a useful, but by definition entirely unpractical sub-discipline for teasing out values, purpose, concepts and other fundamentals - there has been precious little scope for the development of rigorous, critical thinking. That seems a shame, because rigorous, critical thinking is just what we need right now. In England, hamstrung by a backward-facing curriculum, education is hobbled by an unpopular and draconian regime of accountability. Furthermore the system has been vulnerable to the capricious meddling of a succession of ill-informed politicians. Thinking clearly about what we might do, how we might respond to a wide array of changing circumstances - environmental degradation, climate change, economic uncertainty, population mobility, shifting social norms and patterns of employment (to name just a few) is important. They are fundamental, educational challenges. The gradual insinuation of new technology into different facets of social and educational practice is another, more immediate concern. And it's one that was hastily resolved into pen or keyboard skills at last week's Guardian Roundtable on the future of handwriting. It is to their credit that the participants agreed that the 'or' choice simply reinforced an unhelpful binary. But there were some old ghosts in the room: penmanship as the mark of good character, handwriting as something that novelists do, the seamless fusing of body and mind in the creative process, the significance of making letter shapes in learning to read. All are open to question. I modestly proposed that we might re-channel the debate to consider 'writing by hand' which seems to me to be inclusive of a much broader range of communication, including, as it does, nearly all of the writing we do. We might also recognise that handwriting (in the traditional sense) can become yet another obstacle to those who are already struggling to keep up with a demanding, traditional curriculum. So what should we do? Perhaps we could allow teachers a little more freedom and discretion, perhaps we should not imagine that yet another debate could be resolved by an RCT, and perhaps we might allow ourselves more time to think, discuss, and evaluate - after all these are central to the business of education - aren't they?