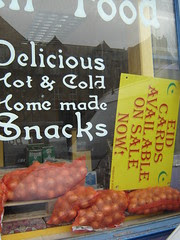 I’ve been weaving Barry Wellman’s stuff (from Digital Cities II) into my writing today, trying to grapple with how online identities are played out in social networks. What he describes as a paradigm shift from 1. close-knit traditional communities to 2. glocalized networks to 3. networked individualism is actually not - he's over-stating the case. He admits that these forms of social organization co-exist and overlap. Good, that squares up with my perception. I also like the way he doesn’t allow online and offline communities to separate out. ‘Often computer networks and social networks work conjointly, with computer networks linking people in social networks, and with people bringing their offline situations to bear when they use computer networks to communicate.’ (2002:11). Good again, but best is when he asks this question: ‘To what extent does the Internet reduce the importance of traditional social organizing criteria such as: gender, social class, ethnicity, language, life-cycle stage, and physical location. Are these residues of little boxes? There appears to be much involvement in teams and communities of shared interest and practice. Moreover, the supplanting of little boxes by networks means more cross-cutting social ties interweaving formerly disconnected social groups and categories……Yet the traditional social organizing criteria continue to command continual attention.’ (2002:20) And if that isn’t already too much he also asks, with an uncharacteristic economy of words: ‘Will networked individualism deconstruct holistic individual identities?’ (2002: 16).

Why an "uncharacteristic economy of words?" I always thought I was a tight writer. I work at it and thought I did pretty well with it. I also protest your grade of C- in your December 14, 2005 post. It seems as if you object because I am not working on the same identity project as you. I'd give myself a B+.
Good Luck, Barry Wellman