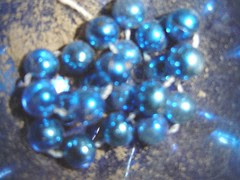 cluster
This is Sciadas’s paper called ‘Our Lives in Digital Times’ from Statistics Canada. The paperless office is, as we know, a myth as more and more paper is printed off. New technology just shifts the cost of publication around. OK, this is fairly obvious, but I like the way the changes in communication are summarised: ‘The reality is that people are talking to other people – whether to the person next door or to someone thousands of miles and time zones away. …People make the choice to expand their associations and move from geographically defined communities to communities of interest. As well, they are willing to pay for their choices. ICT spending is on the rise and, within this higher spending, substitutions take place in favour of newer ICTs, such as the Internet, and against older ones, such as the telephone. The willingness of people to pay can also be seen by the fact that many low income households choose to spend a relatively higher proportion of their income on ICTs.’ This is consistent with other sources which document the thickening of existing social ties, supplemented by the development of distributed networked individuals in affinity spaces.
Posted by Guy Merchant at 11:52 AM