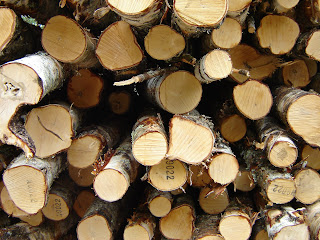 I missed the exact day of my blog's sixth anniversary but this is officially the THOUSANDTH POST! So that's an occasion for some reflection on the what and why of blogging. Thinking back to the start, I was intrigued by publishing on the web. I'd done a few courses on web design, but it all seemed far too complicated, so when I came across the blog concept in late 2003 I was keen to give it a go. Pretty soon after I'd published my first posts Colin and Michele found my blog and I was dragged rather unceremoniously into what people were beginning to call the blogosphere. That spurred me on a bit, and realising that my blog might actually be read by others made me try a little harder to do something sensible for a change. So most of the time in the early days I'd use the blog to collect links to all sorts of quirky websites that I discovered in my surfing life. Colin and Michele wrote about it once and described it as wunderkammer. At the time I didn't know what that was but it sounded all right; now I do and it sounds even better. That was a fun time. Later on colleagues like Dr Joolz caught the blogging bug and soon there were several groups of academics connected to new/digital literacies who were posting stuff. That was an era of much commenting and encouragement! Some carried on, some fell by the wayside amd some became intermittent bloggers. As time went on my blog became more focused around the issues now on the header - education, new media and literacy - but I always allowed for the possibility of adding anything random that appealed. Over time its become an important way of processing what I do in my academic life, in my writing and in my research. I'm recording what's on top for me each day. Sometimes these shards of writing get absorbed into stuff that gets published; on other occasions I'll include off-cuts and often there will just be random thoughts or half-digested bits from what I'm reading. It's a way of working that suits me. At the same time I try and keep what I'm reading, listening to and watching up on the sidebar and from time to time I update the links (but that's now overdue). I don't think I really believe in blogging as a genre. I get the point, but there's so much variation in blogs it's hard to pin down. I'm not that keen on the concept of the blogosphere now either. I work across more static websites, Twitter, Flickr and a number of VLE blogs and wikis. That's the sort of circulation around my posts. I suppose I must have an 'ideal' or 'imagined' reader, but most of the time I'm motivated by doing it for me. I'm always surprised, maybe flattered when someone says 'I read your blog', but quite early on I removed the site counter because it annoyed me. Mostly my blog is work/interest related. I know family members and non-work friends sometimes read it, but I get the sense that they're not particularly drawn to it. Performance? Why, of course, there's a performance of the academic self. I'm happy with that. And, yes, there's so much to write about this topic - and lots that I haven't written about..... but one of my conventions is to keep it fairly brief, and I feel like I've already exceeded my average length. Maybe some linguistically orientated student of blogging could do a mean length of utterance!
Posted by Guy Merchant at 11:27 AM