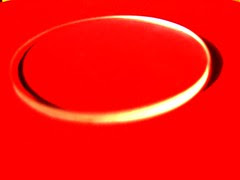 I did a particularly close reading of Jim Gee’s ‘Situated Language and Literacy’ for NATE’s English in Education journal. As an overview Gee’s great, but I did come up with one niggling criticism. Gee argues that technologies are always neutral and value free - he firmly believes that the design principles of video games are sophisticated, and need to be, because of the market forces of new capitalism. Are we then to infer that new capitalism is a benign force? According to Gee, it spawns a technology and environments that are good for learning; it demands a new kind of social agent, a shape-shifter with a portfolio of experiences, skills and achievements; and ignores the social categories of race, class and gender – sounds like a happy future. But does this in fact stand up to scrutiny? I’m still wondering.

I’ll be taking time out from the blogosphere for the next 10 days, hanging out here. But I’ll be back. And finally, I’ve decided to go to San Francisco with the Travel Notes people, planning to be there from April 6th while April 12th (mmm now how’s that for glocalingalism?)

THis is great news Guy!
Di you know that our symposium is on the 11th April?
See you there!

I like this photo btw. Clever shadow and all that.

You will have done a closer reading than I have ... I read one chapter really closely but not theone which says that stuff. However I heard Valerie Walkerdine critique Gee's work, saying that he looks at the technology and the games etc but not the way people play them etc. Her work looks at interactions as palyers play - she filmed girls talking and playing on palystation together. What I think he does not have in his gaze is that human element and the ethnographic touch.
I am not sure that anything can be value free though and am sure that most reflect a western style of thinking.

I think Walkerdine's critique is good - but I guess Jim would argue that he's just using games to illustrate learning principles. But, of course, who you are makes all the difference. What if you don't want to drive a rally car round a boring circuit? That's what school was like for me, a pointless race on a boring track.