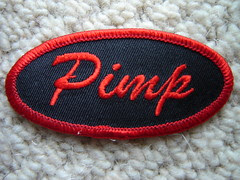 badge
There is something a little too simplistic about Goffman’s dramaturgical account of identity (in The Presentation of Self in Everyday Life). Although I like the notion of performance, the influence of the other is somewhat problematic. “…when the individual presents himself before others, his performance will tend to incorporate and exemplify the officially accredited values of society.” (1969:45); but also in here there is the notion of an essential self that does the performance, and this is unconvincing. Better is Butler’s notion of interpellation in which others call us into being. Moreover Butler does not suggest that we perform a script or enact a discursive practice, but rather that the individual, or the self, is a result of discursive practices. There is no prior entity. Herein lies the distinction between performativity and performance. What we refer to as our identity, then, is the story supplied by the manipulation and re-combination of available resources, mediated through text, called into being through our interaction with others.
Posted by Guy Merchant at 12:10 PM

Email ThisBlogThis!Share to TwitterShare to FacebookShare to Pinterest
Labels: identity