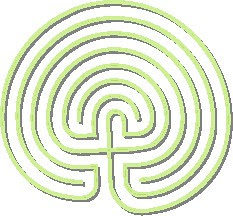 I remember a few years ago taking a good friend to see a unicursal turf maze I’d recently found out about. It was on a beautiful hilltop overlooking the southern sweep of the Humber estuary. We talked about reading the landscape as a palimpsest – the shadows of history marking its surface – just the same term that was used in the years between the wars by the early aerial photographers who contributed so much to our knowledge of archaeology. I’ve just been reading Kitty Hauser’s fascinating account of the life eccentric aerial mapper O.S.G. Crawford, whose interest was nurtured on reconnaissance flights over the Somme. I was struck by the way we see things differently from different perspectives – obviously flying over the landscape was still fairly novel in Crawford’s time – but also, in times of war, you are looking for different information in the landscape. Later, Crawford's colleagues exploited the opportunities offered by new technologies in quite daring ways. Major George Allen, for example, would fly solo with a specially designed aluminium camera. When the time came for aerial photography he would fly hands-off leaning out of the window to take his snaps! When I saw this last week about militants in Gaza using Google Earth to access secure information, I was reminded again of the co-incidence of technology and warfare. “It is not the first time that Google has been accused of unwittingly abetting the activities of militant groups or terrorist organizations” Guardian reporter Clancy Chassay points out. Information is only information – it’s only in times of conflict that it becomes dangerous.