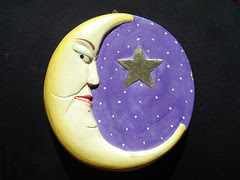 I bought the Guardian today, which is a thing I rarely do these days. It’s useful for such things as finding out that the moon is in its first quarter on Friday – but as for the news, well its usually already happened - so that just leaves comment and opinion. Today William Davies is interviewed. He’s new to me. He’s a sort of neo-digital-conservative, interesting when he asks why technology…and slightly less so when he suggests “There’s greater convenience for the public at large, but not necessarily greater efficiency for society as a whole.” Then I found his moan about individualization rather tedious. We already know about the trend to networked individualism, and at the same time we know that technological determinism doesn’t stand up to scrutiny, but still he tries to persuade us that new technologies “enforce a quite radical individualization.” Where’s the evidence? Is listening to an iPod really radical individualization? Still at least the Guardian is pretty blog-friendly – you can hardly turn a page without some cross-media reference. Today there’s a feature on green blogging which cityhippy describes as a sort affinity space with a hierarchy (Treehugger = top blog)….or maybe it's a foodchain.