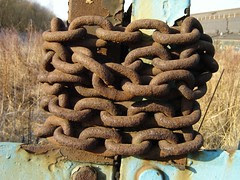 lock out
The news on Sunday informed us that the Pakistan government had blocked access to YouTube because of anti-Islamic movies posted on the site. Today we learnt that the service has been restored again. Apparently attempts by the Pakistan Telecommunications Authority to block the site caused a near global blackout of the site on Sunday. This report suggests that Pakistan Telecom hijacked the web server address of the video site…details were then passed on to the country's internet service providers so that anyone in Pakistan attempting to go to YouTube was instead re-directed to a different address. This shows how the internet is not beyond political interference, but is it beyond political control? China made similar attempts last year and is now implementing a general policy on restricting access.
Posted by Guy Merchant at 10:40 AM