Britta ended her talk on Friday with this provocative video 'Immersion', originally featured on the New York Times site. It's the second time I've seen it and I can't help feeling that it seems like a criticism of new media because of the way in which some of the gleeful expressions are juxtaposed against violent audio tracks from the videogames. For me it also edits out some important features like reflection, decision-making, problem-solving and, of course, collaboration. But interestingly not everyone sees it like that. Others I talked to on Friday just see the level of immersion - and maybe the idea that gamer kids have other (newer?) pleasures, and I think that was Britta's reading of it. On reflection it's a real test case in multimodality, because somethings are clearly communicated but others are open to interpretation. Should we care about the author's intentions? Or, even if we knew them, would they be relevant? Presumably a written account of the topic of immersion in videogames would require some point of view, and perhaps a more closed set of meanings (interestingly, point of view has an alternative meaning here). I'm not arguing that that would be better, of course. Just different. Any views on the video?

Posted by Guy Merchant at 9:26 AM No comments: 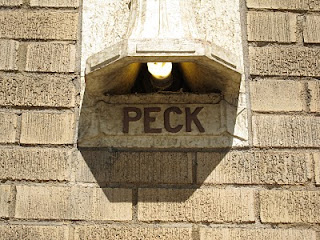 Yesterday was the fifth in the ESRC Seminar series 'Children's and young people's digital literacies in virtual online spaces ' and brought the focus onto classroom innovation. It was a fascinating combination with Angela Colvert on ARGs in school, Steve Thompson on children producing internet radio (using Audacity in Wordpress), Martin Waller on ClassroomTweets and other interesting things and Britt Pollmuller on animation and Machinima (she's using Fraps and Second Life). Here's more detail on the programme. Uniting themes for me were the emphasis on playful and creative meaning-making across a number of virtual/actual and digital/traditional textual spaces. So, although I never liked that whole bandwagon of 'blended learning', the presentations actually showed us different sorts of blending - or a weaving together of semiotic systems to create what Margaret Mackey has described as slippery texts. All told a very stimulating day as one of the participants observed.
Posted by Guy Merchant at 2:30 AM No comments: 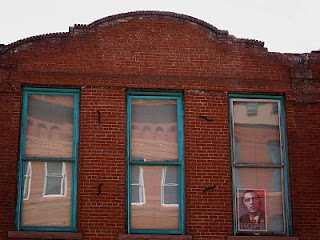 One can only wonder whether our new coalition government’s package of education reforms will do anything at all to reduce the inequities of our system. The market logic of the proposed increase in academies (schools deemed to be successful through accountability measures) doesn’t seem particularly promising. And in Higher Education, despite widening participation, we learn from Sir Martin Harris, the Director of Offa, that the ‘most advantaged 20 per cent of the young population are now around seven times more likely than the most disadvantaged 40% to attend the most selective institutions’ (here). Reading this against Annette Laureau’s well-written and nuanced account of unequal childhoods in America just reinforces the view that inequality is deeply embedded in both cultures, and is just lightly touched by the rhetoric of hope and opportunity.
Posted by Guy Merchant at 2:24 AM No comments: 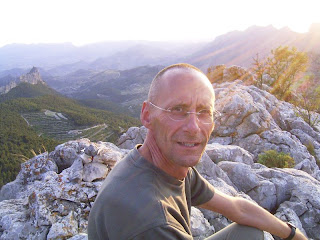 Wandering around the Lodo district of Denver is like remembering a past with its imposing warehouses which stored the spoils of intense agricultural and industrial activity. Each of these brick-built buildings now repurposed as loft accommodation with boutiques and smart cafes at ground level bears the fading painted sign of the former proprietor - each an identity lost in time. It seemed like a fitting end to a conference in which identity was often mentioned yet never fully explored. And that set me thinking that apart from developing more powerful theories of identity we need to ask why it so often enters the contemporary discourses of social and cultural theory, of literacy and education research. Is it simply a circulating discourse with no identifiable origin, or is it part of the post-modern condition, a state of affairs where we no longer have religion to tells us who we are, in which we no longer play a part in the grand narratives of the industrial age, where we are no longer embedded in close-knit communities, and increasingly less anchored to time and space? This is the sort of position that Giddens articulates in his conception of late modernity and provides the conditions for the obligation to continuously perform narratives of the self. A considerable amount of the commentary on youth online and analyses of new digital literacy practices appears to provide evidence of this as studies reveal how their participants produce and perform identities in remixes and collages of popular culture. But this sort of activity clearly varies across populations, and in some cases the real identity work is a struggle to enter this world whilst remaining faithful to a more deep-rooted sense of one's social position. For me, the idea of identity and particularly identity and meaning-making remains central, but it seems to invite further interrogation.
Posted by Guy Merchant at 4:56 PM No comments:

Went to an early session today - High-Tech tots explored the intersections between literacy and technology in early childhood. Marina Bers work (see above) on robotics in the early years was fascinating. She described how young children might first understand some basic principles by a role-play of programming their teacher...a metaphorically loaded idea. But on the more practical level she and her colleagues help young children to programme robots with 'smart' wooden blocks and that's impressive work. Nicola Yelland was also very good on problematising play as a concept. This enriched yesterday's reflections on playful spaces. In these cases play was presented in terms of adult designed spaces populated by material objects (also designed by adults) in which children were encouraged to engage in creative and informal activity. They varied to the extent to which adult intentions might impact on children's learning. The book which showcases the work is called High-Tech Tots, so I went straight to the publishers' stand at AERA to grab a copy. There I was told it was for display only, so I helped myself to some promotional lip-salve as recompense!
Posted by Guy Merchant at 3:55 PM No comments: 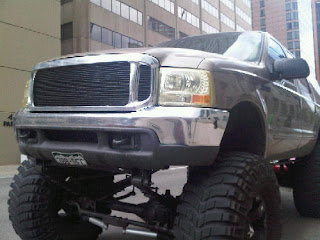 Why Cecilia Henriquez and Jessica Robles' work on expert identities in table-top games was placed with our work on SNSs under a title of Digital Identities is a mystery only AERA organisers could solve, but interestingly the juxtaposition was useful not least because it set us thinking of how apparently dissimilar topics shared some commonality. Both constitute social spaces in which relational and identity work is done, and in which learning is not directly related to curricular content areas. And in this sense they also share some similarities with virtual worlds. So are there spaces in school in which these kind of activities can find a comfortable home? There seem to be two kinds of responses to this. One is trying to open some spaces in educational contexts which are not so driven by curricular constraints, and in sensitive ways, so that when the cool enters school it doesn't cease to be cool. The other is to do pioneering work like Sasha Barab in which transformative play gets linked to curricular goals. Both seem worth exploring.
Posted by Guy Merchant at 8:03 PM No comments: