The religion of science 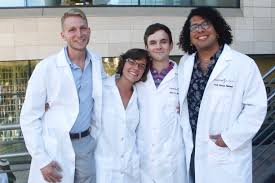 There couldn't be a better time to believe in science, to trust that reading the RNA structure of Covid-19 is useful and to hope that a randomised control trial of immunisation will come up with a coronavirus vaccine that works. I trust the processes of medical science and through what little I know I also understand that those processes take time, and I'm prepared to wait. Broadly speaking I also believe what I'm told about the origins and transmission of the virus. Yet despite all this my faith in science is a cautious one because it must always be the case that science doesn't hold all the answers just as it doesn't ask all the questions. Making simple connections between truth, fact and scientific research can be intellectually lazy. The idea that something is right just because it wears the badge of 'scientific research' or because it studied a 'large population' has widespread appeal. And that appeal has been seized upon and cultivated by a generation of advertisers keen to convince us that 'a million housewives can't be wrong' (1967), that a particular brand of toothpaste protects us from decay, or that one sort of breakfast cereal is better for us than another. In this sense it's ridiculous that we should always 'follow the science'. Of course we need to evaluate it, to look at contradictory evidence and replication - but we also need to be aware of the values and assumptions that are its bedfellows as well as the work that evidence does as it combines and recombines with other forces. Scientific communities have developed reasonably good processes for dealing with some of these issues. The peer review system plays its part, but there is always room for improvement. Although it's hard to argue against knowledge sharing and open access, that all comes with some caution. If anyone can publish online or upload a YouTube video, how are we to assess the credibility of scientific claims as non-experts? Perhaps one way is to trust the scientific community on its own terms. We could also remind ourselves that claims are only ever claims, and that evidence is always - yes always, open to question. I want a Covid-19 vaccine more than I want a vitamin supplement or CBD, but I don't believe that those in white coats are the priests of a new religion. Any vaccine developed will be backed by powerful forces, it will be manufactured, and then distributed across similar networks to those that have contributed to the spread of the virus. And in an unequal world, suffering and its amelioration will be unevenly distributed, and there's a science in that, too.
Posted by Guy Merchant at 2:39 AM No comments:

It's only natural to compare the new with the old, to compare new situations with those we've seen before. It gives a sense of perspective, bestowing some comfort and perhaps even a sense of optimism. But there's a limit. Comparing the current pandemic to the war exceeds that limit. For a start 'the war' - by which we mean WWII is now cultural history, a dim memory for an ever-diminishing group of people. Life in wartime, as represented in books and films, allows us to make our own sense of it.  It's easy to romanticise it. But however serious the threat, however great the human suffering this is quite different from wartime. Our enemy is not another nation to be manouevered into defeat or surrender. And our strategy should not evoke jingoistic hubris. Violence will not be involved. That cataclysmic European conflict earned its status as a
'world' war because it spread across continents but any reading of Covid-19 shows that it is truly global in scale. There are important differences. Unlike WWII it demands a global response. This is not about defeating a brutal racist regime but about managing and then outwitting an invasive virus - an organism on the borderland of life. This will be achieved through human collaboration not human conflict. The comparison between this situation and wartime should be swiftly quarantined before popular nationalism infects us once again.
Posted by Guy Merchant at 4:42 AM No comments: 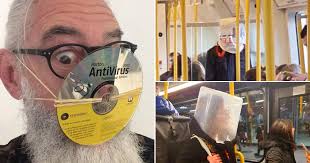 These are strange times to be thinking about data. In the tightening grip of pandemic and amidst all the uncertainty there is a thirst for hard information, for the facts. But where should we look for them? As a nation we seem to have quickly turned to daily government briefings, gathering around our devices, reverting to older ways, putting our trust in media and the messages our political leaders broadcast. And what we hear is a mixture of science and politics with a liberal dose of affect management thrown in. It is a war, we are told, and we will win. Meanwhile the facts dance around in the background periodically taking shape as data - numbers, graphs, comparisons, trends, spikes, predictions and all the rest. On Monday they danced before us on PowerPoint (courtesy of Microsoft) as if to claim authority over the slippage between actual and reported cases, the distorting effects of testing, and over what actually counts as a death attributable to the virus. Controlling the pandemic will be about controlling the numbers, whichever way you look at it. Managing the response will be about managing the data. To say that data combine with government to enact power may sound suspiciously like some kind of postmodern denial but actually it just illuminates what data do and what science does. After all science is political, too. In this instance, data and science intermingle with a political view of the governance of human behaviour to encourage us to comply with official advice. Encourage is the key word here, and that's because we are a liberal democracy in which it is 'our problem' and by working together we will win, or so we are told. And of course we hope to be rewarded for our efforts with a change in the shape of the graph - what Boris calls 'squashing the sombrero'. Together we can change the data. Swifter intervention may have been a more effective approach but a politically and ideologically unpalatable one. It would also have involved thinking about data differently because stopping the spread looks very different to slowing it down. Whatever the outcome we are in a strange sort of lock down - strongly encouraged, open to interpretation and largely consensual. I hope we survive. Every Tuesday evening we allow ourselves 5 minutes of national release as we loudly applaud the NHS. Brexit seems like a dim memory. Now we all love the welfare state.
Posted by Guy Merchant at 3:17 AM No comments: