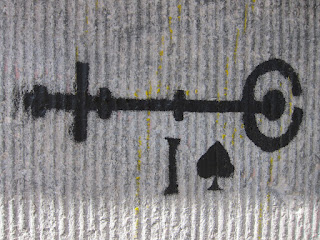 Over the last fifteen years literacy education has been marked by two contradictory influences. On the one hand attempts to conceptualise significant social changes have led to an opening out of what we mean when we refer to literacy and literate behaviour, and on the other attempts to implement wide-reaching education reforms based upon simple and measurable pupil performance have led to a narrowing down of what constitutes schooled literacy. Of the first, the work of educational theorists and researchers with a sociolinguistic orientation has been particularly significant, whereas in the second the influence of neo-liberal politicians has been notable and often notorious. At its most extreme the former move has led some to question whether literacy itself might have ceased to become a useful term to describe sophisticated acts of meaning-making, as its boundaries with other semiotic practices begin to fray, whereas the latter may have reached its apogee in the idea that pupil progress can be successfully measured by a ‘non-word’ reading test administered to children at the end of their first year of compulsory schooling. There has, of course, been much useful negotiation between these two extremes, witnessed in the accounts of creative and innovative teachers and close studies of the literacy practices of children and young people. But such discrepancies in the ways in which we see literate students throw definitions of success and failure into disarray......
Posted by Guy Merchant at 5:53 AM No comments: 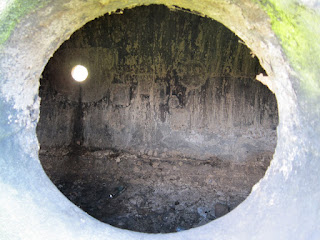 In some ways last week's Digital Literacies meeting at JISC confirmed my suspicion, that our current terminology is reaching the end of its shelf-life. Nobody seems sure whether to yield to Paul Gilster, who probably has the longest standing definition, whether to go for a new definition (which one?), or whether to find a new term altogether. Predictably, I thought the literacy folk held the trump card in returning to fundamental questions about meaning and representation. Anusca Ferrari, with the European Commission perspective, explained how digital competence has become the key concept for them - partly because digital literacy has become tied up with issues of inclusion and exclusion. So once again literacy associates with a deficit! Reading some of the documentation (the JRC work and the latest JISC leaflet), I'm struck by the ways in which digital literacy/competence is constructed as: a) a constituent part of employability - enhance your CV, get a job, contribute to the economic future and b) an ingredient of new knowledge practices (much vaguer in definition but suggesting that the way we access, use, create and disseminate knowledge has changed). Ideas that are found in other iterations of digital literacy, such as creativity, participation, social change and citizenship are not so much in evidence here. What happened to the fun? Of course, that has to be excluded....
Posted by Guy Merchant at 1:30 AM No comments:

The phonics screening test is one of the absurd initiatives brought in by the current government in the UK. Teachers involved have been invited by UKLA to complete an independent survey. There have been nearly 450 responses so far, and the survey is open for one more week. If you're involved, or know anyone who's involved, it only takes a few minutes and can be found online here. Michael Rosen has been a vociferous opponent, and you can read about what we've learnt on his blog. His open letter series in the Guardian has also focused on the test (here). Rumours that Gove will be moved from education in a government re-shuffle are rife, but it's probably unlikely that there will be major shifts in policy. In the meantime it's always worth following #govemustgo on Twitter - often entertaining and up-to-date, complete with comments on creationist teaching in new free schools. And for my next blunder...
Posted by Guy Merchant at 7:49 AM No comments: 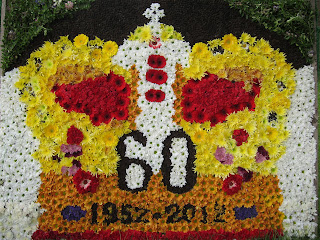 I was drafted in at the last moment to the Writers Panel at this year's UKLA International Conference. The star attractions were the writers Patrick Ness and Meg Rosoff, and I was there to give my views from the perspective of academic writing and blogging. As it turned out I didn't talk much about blogging, which is probably just as well because it's been a bit infrequent of late! Apart from that, though, it was fun looking at the similarities and differences between narrative and academic writing - particularly with respect to process. There probably aren't as many differences as I imagined, particularly around the composing part, although there do seem to be some different attitudes to editing and revising. Sometimes I find it difficult to cut the pieces I like but don't fit (other academics seem to share this), whereas the authors are more ruthless, less attached to stuff that doesn't fit what they're trying to do. With two more offerings about to go live - a piece on mobiles for BJET and the Virtual Literacies book - it was useful to reflect on all of this. The Writers Panel was nearly the end of a whirl of activity (hence the poor posting record) which also included a very enjoyable joint presentation with Cathy Burnett at the CSL conference on our virtual worlds work. We hope to be writing this up soon! These things often seem to clash with the Old Whittington festival and wells dressing. Now I'm not a traditionalist, but I am quite interested in the flower art that's a local folk-art. So the picture shows an example of this (I'm not a monarchist either, I hasten to add) which picked up the jubilee theme.
Posted by Guy Merchant at 1:58 AM No comments:

Email ThisBlogThis!Share to TwitterShare to FacebookShare to Pinterest
Labels: http://www.blogger.com/img/blank.gif 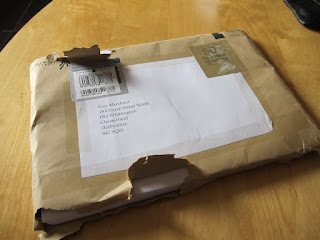 In trying to analyse the latest tranche of virtual world data, the challenge of capturing and documenting complexity without reducing it is a constant theme. On Saturday at the Sheffield CSL boutique conference, Cathy and I tried working around what I'm provisionally calling an event node. We chose 'the missing castle' as one node. That enables us to trace the fractal literacies that seem to us to diverge from that node in multiple ways - resulting in individuals (both children and adults) constructing different meanings and communicating them in various ways, through speech, note-taking, blogging or within the world itself. Of course, this is just work in process but it's interesting to test out the idea in other contexts. So, in the pic, you can see the proofs of the Virtual Literacies book that arrived by snail mail on Saturday morning. It's in a sort of self-opening envelope. An envelope which at least reduces some of the reader's labour (it is, I hasten to add, undamaged). The node might be the emailing of the MS, but that event has provoked a whole chain of conversations, jottings, postings and so on. A moving thread of activity that pauses briefly in this reflexive moment. Work in progress....I know.
Posted by Guy Merchant at 12:39 AM No comments: