Last week I bought a goat, a spider and a stork. They cost 99p for the job lot. I know that because of the helpful receipt I got from iTunes. Now I've done some strange things in the name of virtuality, and this wasn't really one of them, but it is what they call a telling case. You see, as it turns out, I bought the goat, spider and stork as a way of upgrading my grandson's favourite story-app: the story that he calls 'Night Fours', which is his rendering of the opening line 'Night falls'. It's an app I recommend (it's real title is 'Nighty Night'). It's his favourite because it's an engaging app, and just right for 2-3 year olds. In the story, it's night time and most of the village is in darkness - apart, that is, from the farmhouse, which is still blazing with light. The reader is invited to 'go' to each light in the farmhouse, say goodnight to the animals found there and turn off the light. Once the light is turned off, there's no going back. Sure, you can return to the barn, the dog's kennel and so on, but they've gone to sleep and there's nothing at all you can do about it. It's a simple scenario, that helps with prediction, naming animals, and the simple and repetitive night time rituals of saying goodnight and turning off the light. So in this way it does what good picture books tend to do, in supporting language, helping children to make predictions and making connections to firsthand experience. What might the app add then? Well first off, even though, it's made for sharing, the child can look at it independently and still hear the story being told - a small gain admittedly, but nonetheless a difference from a print book. Then there is the important fact that it is user-driven. This happens in two ways: firstly, the animals and insects won't go to sleep unless you switch off (tap) the light  and secondly, the order in which this is done is entirely up to the reader - so it's not unilinear, the child dictates the reading path. Because this is an app for young children, these features are simple and easy to see, but  imagine if they were scaled-up and you begin to glimpse the future of digital fiction. Rather like a videogame, you are in 'Nighty Night' because you change the story environment as you go along. And then, of course, there's the upgrade I started with. I really enjoyed the surprise Dylan felt when he suddenly discovered that, overnight, more animals had moved into the farmhouse! The potential for a story that has add-ons is quite something. Of course, the same business model as in-game purchases is lurking behind the scenes - but I want to keep that in proportion. The app plus add-ons, is cheaper than most good quality picture books for this age-group.
Posted by Guy Merchant at 4:08 AM No comments: I'm posting a picture of make-up. In fact I'm posting two pictures of make-up - and that might just be a first for this blog.  It's a photograph of what my mother would call a powder compact, or perhaps more simply a compact. I asked my daughter what she called it. Make-up, she said. It's a pleasingly shaped hinged box in black plastic, which snaps closed with a satisfying 'pock', and as you can see there's a delicate flower-like design in gold on the front. By contrast my mother's were weighty metallic things with an enamal finish. Enough to lend some substance to your handbag, I should imagine. But this is make-up with a difference. It's money. Or to be a bit more accurate it's got purchasing power......just a prototype, I know, but it works. And it may well be the shape of things to come. Probably the next big thing, if indeed something so small can be called big. And here's where the second picture comes in. You see you flip it over, and there's the evidence, in the Mastercard contactless chip which is embedded in the plastic case. Neat. And that allows you to buy things with make-up, and it's what I call new. It made me think of the slow demise of currency. Remember, I'm old enough to 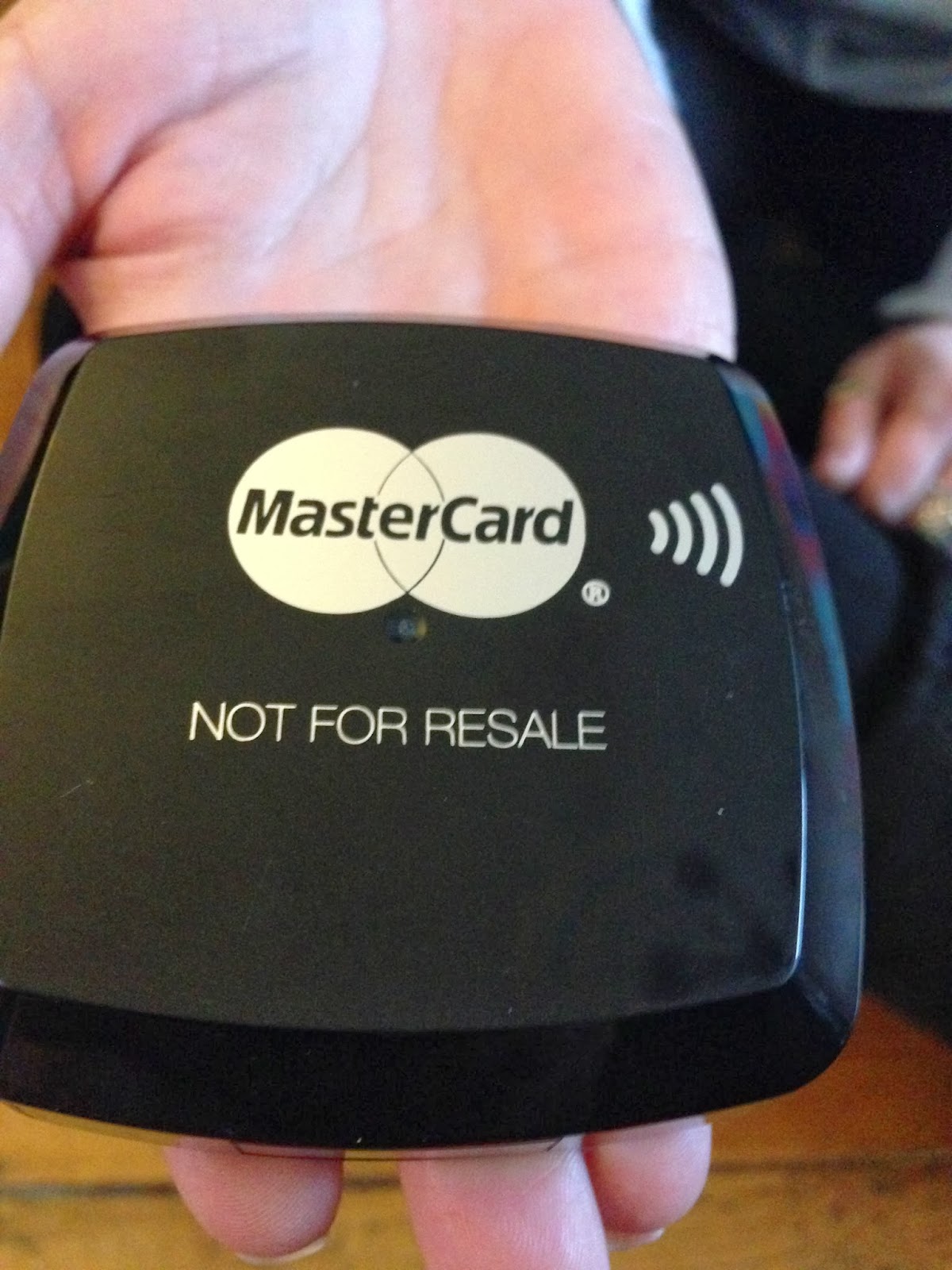 remember decimalisation. When all of a sudden there were 100 shiny new pennies to a pound compared to twelve shillings, or whatever awkward amount we had before. And now it's all turning into plastic. Spending is gradually becoming more abstract, several steps away from the real thing. No wonder so many people get into debt! Of course that idea of coins  as the 'real thing' is actually a strange convergence of the material and the abstract. Maybe currency only has any real meaning at the point of transaction. And financial transaction itself is built on a sort of tacit social contract. Now I'm sure economists have better ways of talking about this, but the one thing I'm sure of is that the money business is looking very different as mobile digital technology takes hold. Take the fascinating emergence of mobile exchanges in Kenya. Read about it here, if you haven't caught the story - and this isn't about smartphones, we're talking basic models, here. What a wonderful illustration of the ways in which social groups take up the affordances of mobile technology and make it work for them to fulfil their needs. In fact, I can see myself doing the Kenya thing rather than carrying around make-up (or cufflinks, apparently).
Posted by Guy Merchant at 9:33 AM No comments: 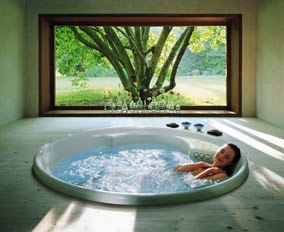 In the current book project New Literacies around the Globe, we've had to confront some of the myths surrounding the idea of 'the global' as unbounded free space. In its place we use the term 'global assemblages' (from McFarlane, 2009) to capture how complex and multiple forces coalesce as place-based events. We suggest that these events are constituted by the exchange of ‘ideas, knowledge, practices, materials and resources across sites’(McFarlane, 2009:561) as language and power intersect with socioeconomic status. Although the word 'global' is so much easier, it often erases all this. Increases in the extent of broadband connectivity, and growing access to resources (particularly powerful handheld devices) is accelerating the sorts of exchanges that constitute translocal assemblages. But this isn't a universally even process. In the studies featured in the book, we see how practices are patterned by local forces as cultural resources are accessed (or not), appropriated and recontextualised within specific social networks. To be specific: things like PlayStations, jacuzzis,and mobile phones take on different meanings in different settings and practices like texting, chatting and flirting are given local nuances. More often than not, in translocal assemblages we see that sociotechnical practices are absorbed into existing ideologies, sustaining and sometimes amplifying them. In other words, technologies and the global flows that are associated with them rarely flatten out inequalities, but they certainly can draw our attention to them.
Posted by Guy Merchant at 3:41 AM No comments: