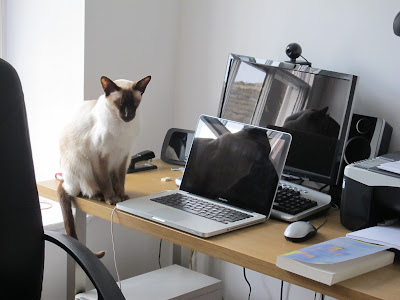 Sometimes you just can't find what you're looking for even when you're using really sophisticated search engines. To put it another way somethings are just...well, ungoogleable. Sorry Google if I just invented a word that contains your corporate name, but I think it has a certain ring to it. But of course when it comes to getting my new word in the dictionary our corporate searching outfit may object. That's exactly what the Language Council of Sweden found with the word 'ogooglebar' which means the same. You can read all about how Google stepped in, and how the Swedes reacted over here. Welcome to the weird world of technology. Maybe I'll get out the vacuum-cleaner instead - do a bit of hoovering (sorry Hoover) if they'll let me!
Posted by Guy Merchant at 5:34 AM No comments:

Le papier ne sera jamais mort / Paper is not dead on influencia.net ! from INfluencia on Vimeo.

I always thought that the idea of the paperless office was somehow flawed, and this video really brings home the point! Last week I was involved in so many discussions that helped to cement the view that the relationship between literacy and digital technology is additive rather than transformative. By that I mean, that it's not really a question of either pen and paper or keyboard and screen more 'both...and'. Literacies just got more complex, that's all! So rather than being digital, I'm enjoying a really good book at the moment (and I'm reading it on my Kindle and my iPad in turn, depending on which device is closer to hand - oops digital, sorry). It's by one of my favourite writers Michael Chabon. I thought that 'The Amazing Adventures of Kavalier and Clay' was a wonderful exploration of the world of early comic book artists and that got me hooked. Chabon has this wonderful ability to weave narrative around strong themes of popular culture in contemporary American life. Telegraph Avenue follows a similar pattern, based in and around a record shop - a purveyor of second-hand vinyl with a community-oriented feel to it, that's Brokeland Records. Collectors, fans, and the sort of loose (and tight) affinities that emerge are lovingly explored. I always like to quote and there's a bit set in trading card fair that I thought was brilliant (and also very funny) - but this, spoken by one of the characters sticks out: 'Trading cards? Little rectangles of cardboard? Stained with bubblegum? Pop one in the spokes of your bicycle, make it sound like a Harley-Davidson'. Why? Because, I think it captures multiple meanings so well. The cards, part of children's culture, can just as easily be taken seriously as they can be re-purposed in creative play; but at the same time, when they are re-contextualized at a card fair, there's an economy of circulation that takes place in a hallowed atmosphere of reverential seriousness liberally mixed with nostalgia. The same dynamic seems to lie at the heart of the vinylist culture as well. Let's hear it for Chabon - nice website, too. Paper, too could one day become a collectors' item. Imagine that.
Posted by Guy Merchant at 5:05 AM No comments:

The surface of the news 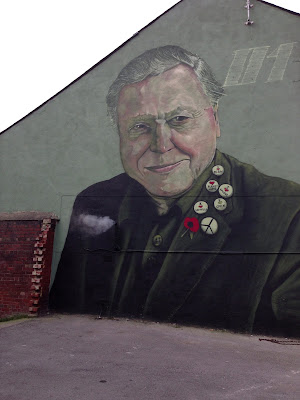 By some accounts, one of the problems with digital literacy is that our reading has become shallow - we stay on the surface, reading widely but rarely in any depth. Of course this doesn't need to be constituted as a problem, it all depends which side you sit on in the big debate. That's if you believe there really is a debate, and one with two opposing camps. This article seems to suggest that a) there is a debate and b) there are two dominant positions. Pushed for time, and faithful to the 'shallowness' principle, I decided to remain on the surface and just read the headlines this Sunday. In sympathy with readers who like a bit of depth, I've included the links. In my reading I learnt that some novelists are excited by the possibilities of digital fiction; that Collen Rooney tweeted: "Can't believe @WayneRooney isn't starting" at the beginning of Manchester United's big match on Thursday; that 'geek aesthetics' come into play as fashion meets Google Glass; that Samsung is taking the mobile market by storm; that Apple may have run out of juice, and that smart technology can help police detect crime before it happens!And I probably missed a lot more simply because I read on the surface. But isn't there a subtle irony, here? The same newspaper that berates our obsession with technology is the one that regularly feeds that obsession. It simplifies the issues about new technologies and then tells us off for simplifying the issues. It's a no-brainer: so stick to surfing and broaden your views!
Posted by Guy Merchant at 3:50 AM No comments: 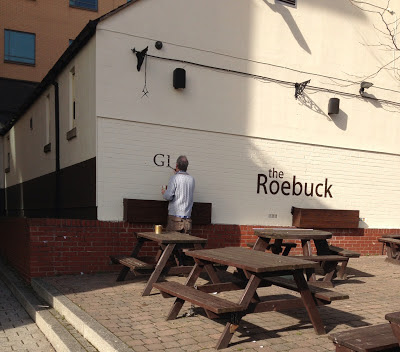 In the introduction to this book, Kallinikos, Leonardi and Nardi comment that: 'materiality is indicative of both the embodied and embedded nature of human experience, the multiple entanglements of humans with materials objects and artifacts, and the various supports these provide to human pursuits' (17)- and I find that very well put. As the edited collection progresses, ideas about materiality get more and more hazy - and the book is none the worse for that, by the way. We seem to land on terra firma with Borgman who re-iterates that matter matters and reminds us how we used to think that it must be 'tangible, have weight, and occupy a definite place and time.' But the rise of 'immaterial obects' he argues (and most of these are digital or textual) throws all this into disarray, and with a pleasing turn of phrase he suggests that the 'material solidity of the world seems to be slipping over the horizon' (335). Perhaps all we've got left is signs.
Posted by Guy Merchant at 11:54 AM No comments: 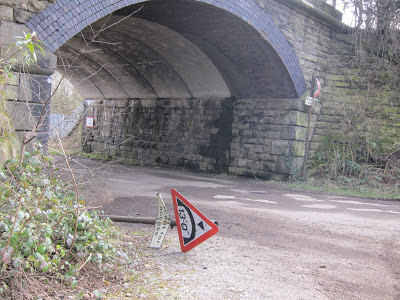 In the geosemiotics of traffic signs, this warning slips between being 'situated' and 'transgressive' (Scollon & Scollon, 2003: 22). In some ways it only works in the upright position. I've often wondered then, at what stage in its history a sign of this sort can be said to loose its authority? When it is fallen, rusted or removed, or simply out of date, what it is intended to signify begins to wear away, as it comes to represent something else - something for which it was not originally intended. Around where I live, signs often disappear. I am reliably informed that they have good scrap value, and in times and places of economic hardship this counts for something. Their meaning value is exchanged for economic value. Ironically, the one in the picture is just outside a scrap yard - it's probably been displaced by a reversing heavy goods vehicle, but at this point in time nobody has cashed in. Perhaps this sequence of events contributes to a sense of the ambiguities surrounding text and context, and how these shift over time: is this, perhaps, another version of the traffic of texts?
Posted by Guy Merchant at 8:45 AM No comments: 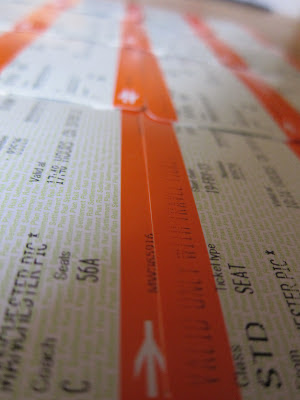 Cathy and I did a seminar at Lancaster the other week based, at least in part, on the virtual worlds work we've been involved in. The journey was an epic of delayed trains, missed connections and travel adjustments, all of which worked out quite happily in the end. In the process we seemed to collect a rainforest of tickets (see pic). It all made me think of tickets as signs of movement. There's all sorts that can happen - wrong tickets, lost tickets, no tickets - whole stories can turn on the ticket. The ticket becomes the bookmark - even the souvenir. And sometimes the ticket is the proof - it tells the journey taken, the time, the cost and even (I noticed this on close inspection) the name of the purchaser. All very handy for those acts of surveillance connected with claiming expenses! I loved tickets as a child. The top-deck journey around the suburbs, the foot of Nottingham Castle and into the Old Market Square signified glorious independence. Often the journey was the best bit. I held on to my ticket as if my life depended on it (if an inspector got on and you couldn't find it, you'd be turfed off). After the excitement of the journey all you had left was the ticket. It was symbolic of something. I tried to collect them....and failed. I've never been the collecting type. But still so much connects to the ticket. It's all woven into the totality of the journeying experience - a bit like one of the nodal points Cathy and I were talking about. Yesterday I read something that seemed to capture this. In a review of the latest novel by Javier Marias, Alberto Manguel wrote 'every event, however minuscule, might develop into a sprawling web of roots and branches.' Despite a slight technical uneasiness with the word 'event' I found inspiring. In fact inspiring enough to re-mix as 'every ticket could explode into a sprawling web of roots and branches'. Apologies Alberto if that's plagiarism; I'm sure you understand.
Posted by Guy Merchant at 2:20 AM No comments: