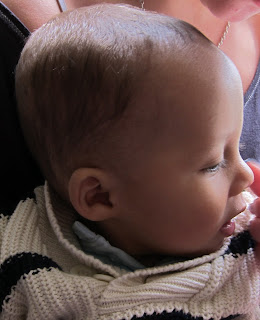 I've had one of those times when life takes over, and blogging falls by the wayside, spending most of my time looking after baby Dylan (in the picture) and my daughter, Hannah. It's interesting watching the play/work of a 9-month old and the ways in which new media is woven into the environment. Firm favourites are the V-tech products (particularly the dance tower), but Skype calls on the laptop, grasping for the mobile phone and nursery rhymes on the i-touch are all part and parcel of daily life. At the moment my attempts at keeping a record have been squeezed - maybe I need a firmer plan. Whilst immersed in all this life goes on with several projects under way and an opportunity to re-engage with the Barnsborough virtual world. More on that later on.
Posted by Guy Merchant at 6:04 AM 3 comments:

Are we still nodes? 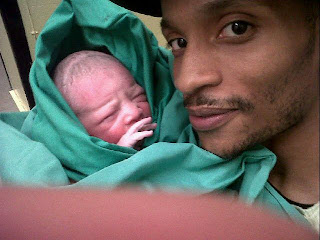 The network metaphor is everywhere. Yesterday I travelled down to Oxford on the rail network; most of the time I could use my mobile (I'm on the Orange network). In the book I was reading Gilbert told me that in my brain 'millions upon millions of new connections are formed....in increasingly complex networks.' It seems that networks are both inside and outside me. That's a distinctively 20th century metaphor suggesting as it does desktop computers tethered together and interconnected. So a network is a connection between points or places, a channel of communication. But what happens when the metaphor is applied to the social? Actors are reduced to points - not even points of view, but nodes connected to other nodes. In the fluidity of everyday life we make and break ties, the signal breaks up, the network goes down - do we cease to exist? When we flicker in and out of communication, when we become more mobile are we still nodes? And how does the network metaphor consitute us as human subjects? Perhaps there's a better way of imagining communication and connectivity...

Posted by Guy Merchant at 11:21 AM No comments: 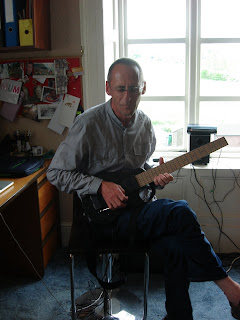 Well, maybe not. But this is me in full swing with my new midi controller. What you can't see is the way I'm hooked into Garageband, playing digital instruments and samples (my favourite percussion is taken from an audio-file of the porridge-spoon rocking in the bowl!). To the extent that I'm researching my own learning I'm finding that my own, rather limited, skill with the old technology of strings and frets has an interesting iterative relationship with my midi play. Because the midi has different affordances, I can do a whole range of new things - and I'm still discovering them. I also have to learn new skills of preparation (eg: clipping samples, importing them, stitching together a rhythm track) as well as new skills of performance. Yet at the same time all this brings a new understanding of what I can and can't do in a more traditional environment. It's almost as if the learning and reflection happens because of this back and forth movement. This all gets framed up in my favourite arena, which is live improvisation with my partner-in-crime!
Posted by Guy Merchant at 3:18 AM 1 comment: 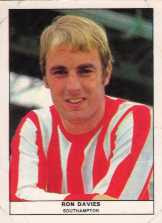 Collecting the football cards that came with Anglo Bubblegum stood me in good stead later in life. Redolent of that sugary fruity flavouring (a sort of guilty pleasure) each packet contained a card with basic details about a player, his club, his position and so on. I could never work out whether I prefered the information or the gum. They took it in turns. Maybe it was a rather dry strip of gum that ran out in less than a minute; maybe it was Danny Blanchflower or Jimmy Greaves; maybe it was just the taste you needed. But all that Anglo Bubblegum pedagogy served me well when the sixties came blowing in to the Midlands where I grew up. Not only did I bask in the popular music that seemed so new and fresh, I scoured the album covers for information. Who wrote those songs? Who recorded them? Who played bass and who did the cover art? I geeked out on all the information, always keen to identify the key players and to trace the influences that had helped shape what I liked. Nothing much has changed. What might seem like a misspent youth was actually a substantial investment. A shift in the field to the world of theory and research is actually quite a small shift. I'm still listening out for 'new tunes' and trying to understand how they came about (who they were listening to when they wrote them and all that). Surely that's the starting point of a good literature review - creating your own map of the territory. And to think it all began with bubblegum!
Posted by Guy Merchant at 12:57 PM No comments: