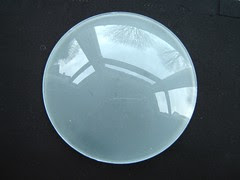 I liked this in ‘Saturday’ because it seems to capture with clarity those occasions when writing suddenly gets tough: ‘What dragged him back was an unfamiliar lack of fluency. He prides himself on speed and a sleek, wry style. It never needs much forethought –typing and composing are one. Now he was stumbling. And though the professional jargon didn’t desert him – it’s second nature – his prose accumulated awkwardly. Individual words brought to mind unwieldy objects – bicycles, deckchairs, coathangers – strewn across his path. He composed a sentence in his head, then lost it on the page, or typed himself into a grammatical cul-de-sac and had to sweat his way out.’ I reckon that’s McEwan at his best, capturing the small detail of lived experience.

I had thought about reading this next; now I definitely will. Thanks Guy ... although why do I need to read about how hard writing is??? (I must be mad.)

It will be interesting to see if you like it Dr Joolz. I read it when I was in the States and it has some excellent bits in it. But it is one of those books where I cannot decide in the end if I enjoyed it or not. It was very compulsive while reading though.

Well I've just started, but it is pretty compulsive - a bit like writing! Anyway DrJ has time on hands now to read it quickly and let us know what she thinks!