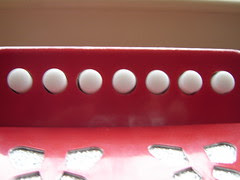 That's what they call buttons
On Friday I went to a great seminar in Lincoln – part of the Play, Creativity and Digital Cultures series. I was struck by the recurring theme of control, surveillance and censorship in children’s digital lives. Part of this is based on some very real issues that get rather loosely captured under the banner of ‘internet safety’ - but a substantial amount of this is fuelled by moral panic. I also wonder whether the unruliness of the web and the peer-to-peer power of online social networking are also perceived as a threat to teacher authority. The idea of decentralization seems to unsettle corporate media and political organization too, as this piece argues.
Posted by Guy Merchant at 1:03 PM