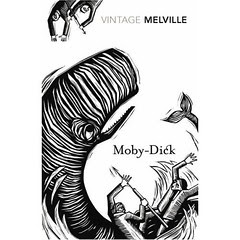 Moby
I’ve got Loomings as a title for a talk. It’s a bit wacky, but I like it! You may already know that it’s the title of Chapter 1 in Moby Dick. I like the idea of social networking looming on the horizon of the curriculum. To loom in the OED is to come into sight dimly, esp as a vague and often magnified or threatening shape. A loom can also be a vague often exaggerated first appearance of land at sea etc. And then if you’re already sailing along with this metaphor, Melville says: So there is no earthly way of finding out precisely what the whale really looks like. And the only mode in which you can derive even a tolerable idea of this living creature, is by going whaling yourself. Meanwhile UKLA and NATE are experimenting with a professional development/ teacher social networking site. It’s still under development but you can get the idea here. So, if you're an English teacher, come whaling!
Posted by Guy Merchant at 12:42 PM