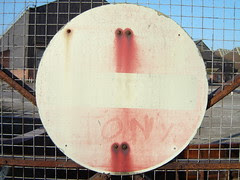 no entry #2
I gave a seminar here today called Logged on: doing literacy in a virtual world, in which I talked about the Barnsborough project. I’ve noticed that when I do this it’s the unconventional nature of synchronous chat that usually captures most attention. Spelling and punctuation are sensitive issues with educators. I suppose we’re all caught in a double bind here, recognising that language and literacy change but also that policing the language, holding notions of correctness, and maintaining standards go with the job. Digital literacy brings this to the fore. I have one extract where children are playing hide and seek and one writes - gis sum clus wire yu ar – quite unselfconciously written as it would be spoken in South Yorkshire. There’s not only the issue of non-standard spelling here, but also all the issues around accent and dialect. I’m reminded of this (from 2006), which suggested that text-language might actually be helpful, but also all the argument for allowing vernacular language in school where it is appropriate. Where would it be more appropriate than in informal chat?
Posted by Guy Merchant at 10:15 AM