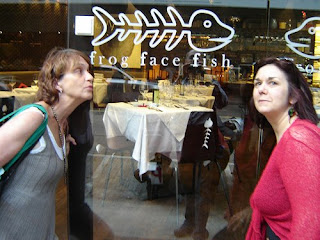 In this report we get a glimpse of the role that social media like Twitter could or perhaps already play in academic life. The THES reports that 'In September, the RIN will publish a paper that it hopes will shed light on how online technologies such as Twitter can be incorporated into academic research.' That will be worth looking out for. In my work, I’ve been thinking about the relationship between technology and social networks, taking the view that social networking is a good way of describing the patterning of our everyday relationships. The older communicative technologies (associated with postal services and telephone networks) allowed us to sustain and thicken existing social ties. But they also ushered in some innovations like the letter of introduction, cold-calling, as well as mailshots and telesales. SNSs seem to follow this trend, building on existing practices and then, by the ways in which we imagine their possibilities, creating new or augmented ones. So academics operating in SNSs seem to be able to find people with similar interests and then start trading the ideas, references, links that capture their attention. So what’s new? Mostly speed and simplicity. Then perhaps there’s some other interesting peripheral phenomena like the blurring of the personal and professional, the seemingly random juxtaposition of threads, and of course the effects of the telegraphese or haiku form that is created in an environment like Twitter. Might some of these forms spill over into face-to-face work? Conference papers that last for two minutes, for example?
Posted by Guy Merchant at 12:23 AM