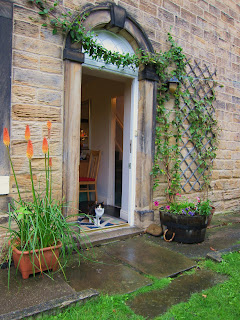 Recent debates on the fate or future of critical literacy and what we really mean when we talk about critical media literacy have made me re-examine the nature of criticality itself. It strikes me that the aim of producing critical consumers of media pleasures is preferable to one of producing market-driven consumers whose choices are driven by rating and popularity ranking. To be critical, though, one needs a vantage point. That's probably why Marxism and Feminism (and other isms) have flavoured intellectual life over the last 50 years: they offer a position from which to observe and critique social and cultural matters. Criticality should not be about claiming the high ground, but about looking at things differently. Gergen hits the target when he says 'To think critically is essentially to deliberate on one tradition through the discourse of another. The advantage of the critical thinker is not in having a superior tradition, but in being capable of seeing the advantages and disadvantages of both traditions. The critical thinker who claims superiority of perspective, not only loses this advantage, but strangulates the potential for action.' (2009:261)
Posted by Guy Merchant at 12:43 PM

Email ThisBlogThis!Share to TwitterShare to FacebookShare to Pinterest
Labels: education