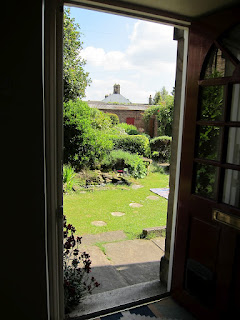 For most of the work I've been involved in over the last ten years, the words 'technology' or 'internet' have seemed far too general. That's what prompted me to settle on the digital, particularly as it seemed to combine as a useful descriptor in such ideas as 'digital practice', 'digital communication', 'digital writing', 'digital media' and yes, of course 'digital literacy', in which familiar ideas - practice, communication and so on - were changed or re-interpreted with digital and connective technologies. Some terminology has a limited shelf-life for me; I notice I have pretty much dispensed with CMC and online communication because they don't seem to me to tell the whole story. Then of course there are terms like 'new media' (which I still like), 'Web 2.0' (which now seems rather old school) and 'social media' (which I use, but don't like - after all media is always social, isn't it?). Along with all this shifting is my own engagement or experimentation with digital spaces - chatrooms, blogs, virtual worlds and, yes, social media! I've written about all of them, and most recently with Julia Gillen on Twitter (here). What drives all this activity? Well I suppose I'm genuinely interested on how we shape and are shaped by our communicative environment - how we mean, and how we might negotiate new meanings about our lives, in the world, in the current context - which after all is a context that is infused with what Latour would call the non-human agents of digital technology. Since this is turning confessional I'd have to concede that this is my overarching interest. And since I happen to have spent most of my working life in educational institutions, I've always had a keen eye for what this might mean for children and young people. Drilling down further into curriculum stuff and the whole tangle of learning, well that regularly slips through my fingers. I feel there is so much in that whole arena that I either don't know or simply can't believe. At each turn, though, I've had an implicit tactic. First I try to understand what's going on in popular practices, and that always seems to work best by immersing myself in them, and then I start asking what that means/or might mean for education. Is that a method? I don't know, but it's what I do. Working on blogging with Julia Davies, the only way we could explain this reflexive insider approach was to call it a 'dual autoethnography', and that rather awkward term crops up again in the Twitter paper. But that's only half the journey; the second half is asking the questions. I suppose that's the buzz in the DefT project: asking those questions with a varied group of colleagues. In a way (and this might sound to them like heresy) I hope there isn't an answer, because that always seems to force premature closure. For me it's the question: what's going on and what does this mean for children and young people that propels us forward.
Posted by Guy Merchant at 3:53 AM