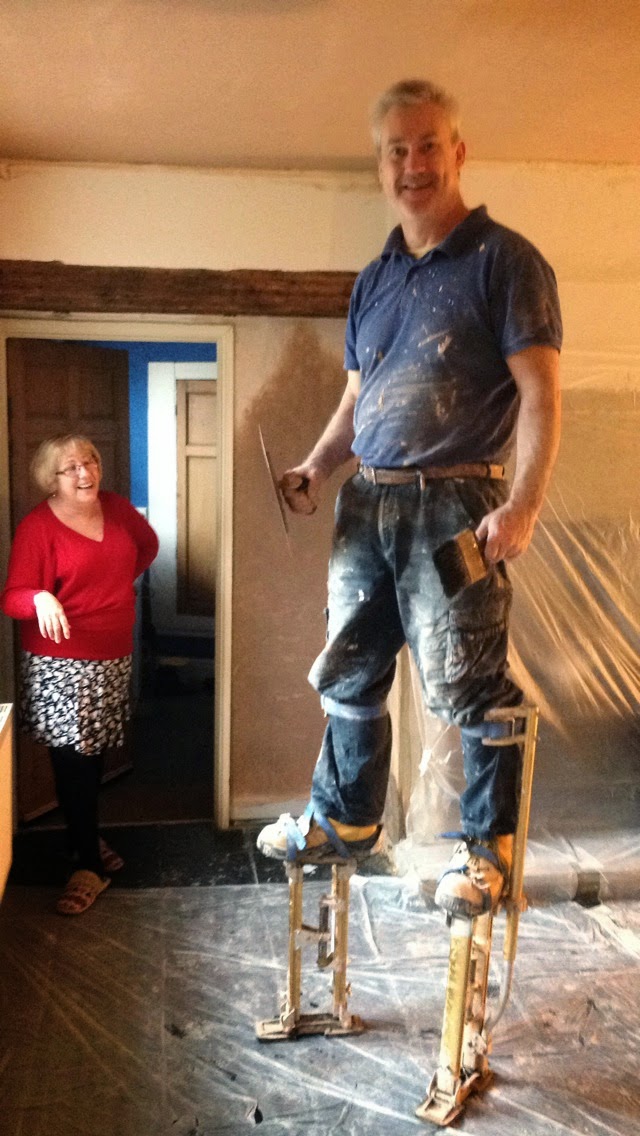 I often think that discussions of new media place their emphasis on either representation or technology but rarely both. Thinking about the technological function of so-called everyday objects can therefore be an interesting point of departure. Colleagues whose work focuses on the digital tend to overlook the fact that technologies are implicated in such basic things as food preparation and consumption, domestic chores, and so on - indeed in the full range of daily activity. And as Latour's work implies, non-humans are therefore active in all aspects of our lives. These builders' stilts work well when plastering a ceiling and certainly reduce the labour of climbing ladders and trestles, saving on both time and effort. Whether or not they turn plasterers into cyborgs is debatable, but they do serve as an illustration of how our relationship with the world is constantly modified by the things we make and use. The plasterer isn't particularly concerned with meaning making - he's just getting the job done. Well, we might well ask whether a smartphone or laptop is any different, and why. After all, it's all stuff. In the closing minutes of the film 'Transcendence', when the internet goes down, there's a lovely image of someone using a keyboard as a doorstop. Is that act about giving new meaning to old stuff or just getting a job done? In an early paper, Latour refers to the way in which we delegate to non-humans. From this point of view, re-purposing a keyboard as a doorstop is perhaps just an act of delegation. One that uses the physical affordances of a piece of plastic with letters on it to keep a door open. On the other hand, I could thing of many other uses of builders' stilts - but keeping in touch with colleagues in Australia or Canada wouldn't be one of them!
Posted by Guy Merchant at 4:04 AM