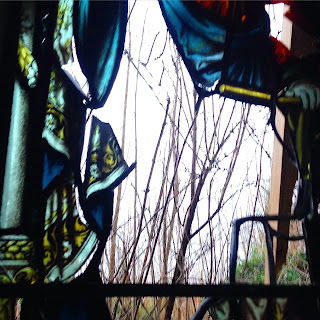 As we wait to see the real effects of the latest swathe of educational reforms, reforms that appear to completely remove all local influence and parental involvement in the running of our schools, it may be time to rethink how we respond to unwarranted political interference in public education. The problem recurs at a number of levels as well as in many different spheres of civic life. Take the health service, beleaguered and battered by government reform - actions which often provoke anger, despair or cynicism. In this case, old school activists may petition or demonstrate whilst others, imagining this is probably futile, simply wring their hands and think of early retirement. At times it may seem that these reforms, or attacks, on our once great public institutions are ridiculous, or absurd, at others  that they are simply intolerable. It's often the small incursions that are the telling ones, and these, the small movements of power without a conscience, prompt me to ask whether they are, in fact, absurd or intolerable? A story that may well get buried by the sheer scale of the next wave of education reforms concerns the sad case of the exclamation mark - yes, that humble little point, capped with its light-hearted vertical dash. In a spasm of powerful bureaucratic interference, the Department for Education attempted to legislate on its use in schools. The move provoked some derisory responses as well as some more measured explorations in the press. The guidance actually says: 'A sentence that ends in an exclamation mark, but which does not have one of the grammatical patterns shown above, is not considered to be creditworthy as an exclamation.' For the purpose of the test: 'an exclamation is required to start with What or How.' Much debate could, and probably will be had about the status of this as guidance to make an assessment workable or as an attempt to police the English language. It may be that such as small point is not worth getting excited about. It could be laughed off as simply absurd. But actually it's intolerable to think that intelligent and creative teachers will have to reign in the usually enthusiastic outpourings of young writers to teach them yet another rule which isn't really a rule, and because...? It is, to my mind, important to consider how this small intervention may ripple through classrooms and how we might read its significance in relation to large systemic change which is, perhaps, easier to see as intolerable rather than just absurd.
Posted by Guy Merchant at 3:37 AM

With the end goal of the test: 'a shout is required to begin with What or How.' Much civil argument could, and presumably will be had about the status of this as direction to make an appraisal workable or as an endeavor to police the English dialect. It might be that, for example, little point is not worth getting amped up for. It could be ignored as just ridiculous.federal job resume will help you.

It is useful to so many audiences at so many different stages in their education.
custom dissertation writers uk

Really structured and useful information. And everything is clear, thanks. I looked through some posts and must say, they are very interesting. http://awriter.org/essaysharkcom/
Best regards, essay writer.

Unknown said...
This comment has been removed by the author.
12:08 AM