The future of critique 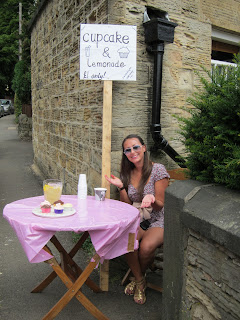 Gunther Kress, in his latest book, argues for a shift from critique to the ethics of design. I won't rehearse all of his arguments here - but merely point to some important themes. Most of these relate to what has been called the condition of late modernity. In short we have witnessed a shift from a society in which workers produced and then consumed in their remaining free time, to a one in which consumers have become producers and sometimes work in their free time - and all of this in a globalised and heavily marketised economy in which the old stabilities of a social order have fragmented. Lifestyle becomes more important than social position and design or re-design becomes the available arena of agency and even resistance. Kress argues that design is prospective; critique retrospective. But there seems to be something awry when the discourse of the market starts to erase or at least re-write critical or emancipatory positions. It seems to me that one thing that the New Literacy Studies has in its favour is a foundational recognition that power structures practices. This strengthens its application to different socio-cultural settings and the particularities of place. It can therefore be applied to textual practices that seem to embody or live in the condition of late modernity - sketched out above - as well as in contexts where older and more familiar forms of social order persist. In literacy and media studies there is this tendency to stop short of spelling out what a new critical practice might look like, but I think it is well overdue.
Posted by Guy Merchant at 5:33 AM

Hi Guy - I really enjoy your idea in this post. What you've discussed (position and agency) is what I'm confused about recently. The question of to what extent people can choose their own lifestyles always bothers me. How do you think about it? Really looking forward to your answers.

Hello! Good to hear from you...and what a tricky question and one that concerns not only agency, but also the idea of self-determination or even free will. It seems to me that the whole ideology of 'choice' is socioculturally/ politically constructed. In other words it is seen - at least in a liberal-democratic context - as the fundamental condition of citizenship and basic human right. However, even in the most open and permissive societies there are limits. But also our choices are constrained by the available resources. So lifestyles only 'make sense' if they are constructed from familiar constituent parts. In a marketised society these resources are pre-packaged, they are predominantly artefacts that we consume. Of course we recombine them, remix them and customise them in relation to local conditions...and here there is a sense of agency (or re-design). But I'm not sure that all this helps us to frame the bigger questions which is why I raised the issue of critique in the blogpost.

Thanks a lot for your detailed answers! They really help. It's so great to read your thoughts here.
BTW: I'm working in Beijing now. If you come over to Beijing, do let me know! :)

I'm entering the Tsing Tao competition for a free trip to China, so I may well take you up on the offer!